Top Spin 4 – How it Takes The Tennis Genre Forward

Top Spin 4 has been developed by 2K Czech and published by 2K Sports for the PlayStation 3, Xbox 360 and Wii. It is the fourth game in the Top Spin series, which take realism to the next level by introducing motion control Kinect and Move controls.

Top Spin 4 features licensed professional players, venues and equipment. Some of the professional players include Roger Federer, Rafael Nadal, Andy Murray, Novak Djokovic, Pete Sampras and Andre Agassi. Various things have been implemented to make sure the experience is as real as it can get.

Some features to look at: 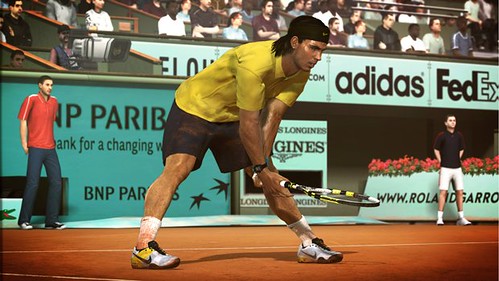 Starting off with the timing of shots. Players can either do a quick shot which has augmented accuracy, but low power or the power shot. Where each of them requires timing for the perfect shot. For a power shot players are required to hold the button and release it at the precise time.

For accurate shots, quickly tapping the button at the right point gets the job done. If the tapping is mistimed, the shot either goes out, or it is so weak that the opponent drills it for a winner. Also the game’s difficulty is surprisingly harsh, so it is not the matter of just a “pick up and play” experience but practice is also required for higher difficulty levels. 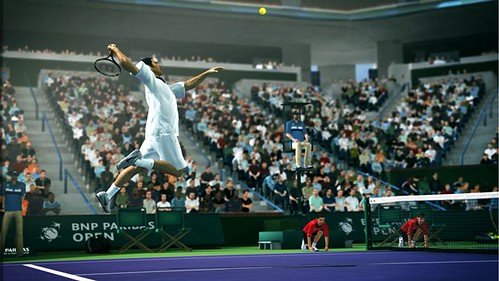 The second mechanic introduced in the game is the fatigue system. Each player has a stamina rating, and this rating affects their base performance throughout a match. If they keep getting caught up in long rallies, where they’re constantly trying to do powerful shots, they’ll get tired and getting tired means that they won’t run as fast, their shots will get worse and overall, they will be significantly easier to beat.

These elements actually make the whole experience a lot more dynamic and real. It means different playing styles actually have a purpose in the game and someone who has weak ground strokes and great fitness, can actually beat a players who has very powerful ground strokes, but doesn’t have the right fitness.

All that is required to do is to stay in the points until the unfit player starts to tire, and give the final blow for the match. It might all seem a bit intimidating for new players, and for this exact reason 2K Czech has put in quite a few feedback mechanism. For instance, the game will show you how good the timing was by displaying stamina meters, and it will also show where the ball is going to bounce, so that the player can fine tune the shot for a perfect placement.

For players out there who don’t necessarily want to play as Andy Murray or Andre Agassi, Top Spin 4 also offers the chance to create custom characters.

However, it’s not possible to create a perfect character. It has been designed in such a way that the character must have weaknesses. Now, the weakness could be a weak backhand, or that the character is an all rounder with no specialty, which in itself might be considered a weakness for some players.

But the idea is that any player should be able to beat any other, and how they’re played makes all the difference. The custom character can also be augmented by coaches, who will improve certain stats if certain challenges are completed.

However, they will only boost a few stats, so it’s up to the players whether to get a coach to improve stats, or to boost up weaker areas. 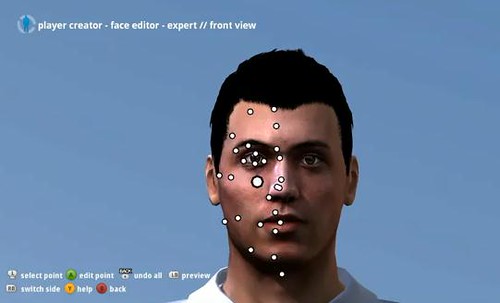 To improve animations, huge amount of extra animation has been done – 4,000 new animations in all, many of which are signature moves of individual players. These enhance the virtual versions of both current and legendary players play in their own, distinctive way. There are 25 professional players in all including legends like Andre Agassi, Pete Sampras and Boris Becker playing in 42 different stadiums (7 of which are licensed) across the usual clay, grass and hard surfaces. 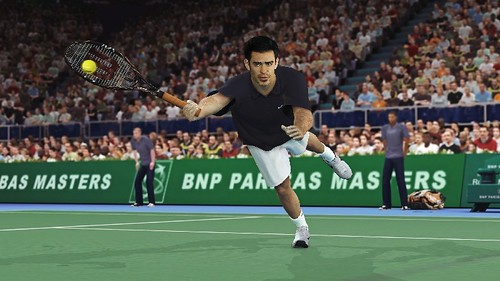 Should the player set the perfect shot playing Pete Sampras, He can indeed return a shot between his legs, though the likelihood of it happening is extremely rare but nonetheless it can surely happen in Top Spin 4 given the right circumstances.

Moreover, the audio is surprisingly refreshing. The developers spent plenty of time recreating authentic environmental reverberations, and the grunts and cries of the players as they slam the ball back and forth. The biggest gain, however is the involvement of crowds, the crowd starts to get into the game, their chatter and cheers are clearly heard when players are fighting over a crucial point. 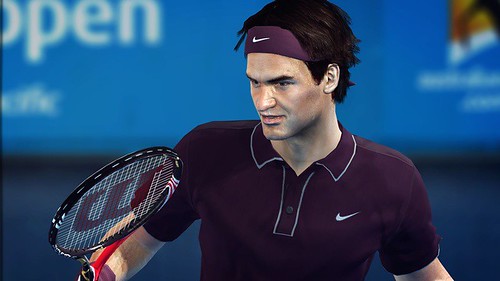 Top Spin 4 looks like it could be the real deal. It’s been a while since there was a tennis game that broke the mold and provided a more realistic experience with justification, but with Top Spin 4, it looks like we might just have another title that pushes the tennis genre forward.

It’s out now in North America, check It out and let us know what you think about it. It will be releasing on 18th March 2011 in Europe.