Things We Want To See In FIFA 19 – Ultimate Team Changes, Street Mode, And Much More 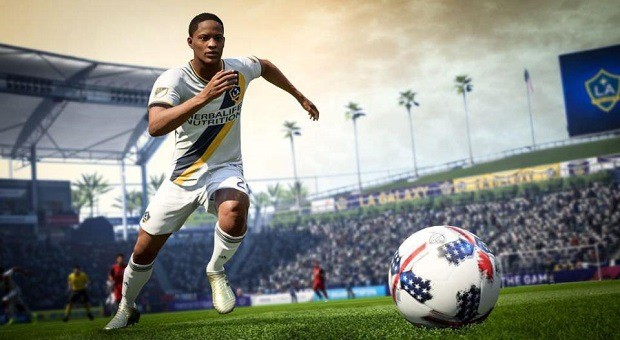 If you’re counting down the days to that FIFA 19 release window, then you must also be wondering about the changes the developers may bring in the upcoming title. The previous sequels of the game have had remarkable successes like the FIFA 18, that had its sales surpassed 10 million copies crossing the FIFA 17 that sold 6.5 million copies in comparison.

Following the announcements, FIFA titles are usually released in September. It has been the case since FIFA 10. Considering that there is a bundle of things that the fans really want to see in FIFA 19, there still plenty of time for devs to implement.

For most of the fans, these changes and improvements would mean a lot. Since there have been a lot of bugs and issues that have remained in almost most of the sequels and some features that have been discontinued. It would be really something if those demands are met.

Some of the things that we would like the developers to address in FIFA 19 are as follows;

We Miss The Old Basics In The Game

One of the most common criticisms for FIFA 18 is that it’s not as fun as its predecessors, thanks to the retooled fundamentals.

Fans would like to see the basic details of the gameplay finely tuned, like for example lofted through ball is no longer a viable offensive tactic, whereas in a football there are so many diagonal cross-fields and lofted through balls.

This is one major frustration that most of the players have previously experienced.

One of the key irritation for the players is the player’s chemistry system. Most of the players argue that you shouldn’t be punished for playing a player in a different position, for example, Gareth Bale at left-back given that he started his career there.

Meaning if a player has a history of playing at different positions then the chemistry of that player at that position should be good.

Furthermore, there should be a progressive chemistry system, where players improve with the passage of time or after a number of matches he has played. Also based on the position he has been playing on, should improve his chemistry for that position.

The game has previously lacked in the training mode section, there should be a proper training mode, some kind of a skill school to help the player master advanced techniques. Furthermore, they should overhaul the FUT transfer market functionality.

The skill moves are buried in the menus of the game and only way to find out how to do them is guide or YouTube. This is something that needs to change.

Adding a proper training mode will provide a massive opportunity to teach and improve as a player. Above all one of the key demands is the training mode where you can play 11 on 11 with players from your own squad.

One of the highest demand is of the Chinese super league. Mainly because there are really great foreign players in it. Also bringing Brazilian League and its players in the game, six years ago there was Czech league, which the players would really love to see again.

Above all giving the players to create their own league would really be something that would last for a long time.

Stop The Gamers That Cash In On Tragedies

When the defender Davide Astori passed away some of the players saw it a chance to make big in-game coins, by buying his ultimate team card, and relisting on the transfer market for the maximum possible price.

There should be a solution that, preferably some kind of hero card of the person that cannot be sold.

Working On The Tiny Details

In order to prevent clashing and mixing they should allow mixing the kits like for example, Chelsea doesn’t always play in white socks while in their blue kits. This issue has been discussed thoroughly on EA forums in the past as well.

They Should Feature FIFA Street Mode

One of the highest demanded mode, for FIFA 19 is the Street mode of the game. The FIFA community has been demanding the street mode for quite some time now. They have made it clear that they surely want another street mode of FIFA.

Like the NHL 18 that features 3 on 3 which is reportedly pretty interesting, most of the fans would really love to see something similar in FIFA 19 as well.

That said, What changes and improvements would you like to see in FIFA 19? Let us know in the comments below.