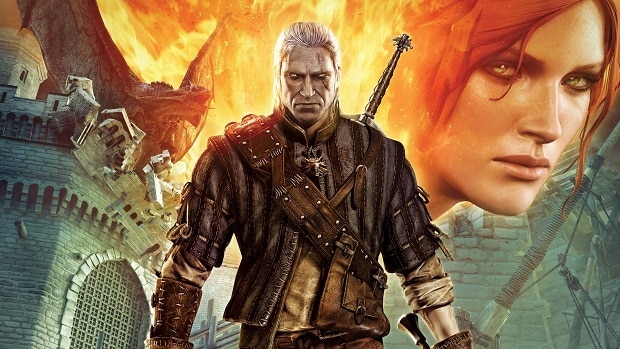 I’ve had high hopes for The Witcher 2, the original was a brave attempt to tell a strong story in a game environment but I struggled to get past the gameplay and the closed structure of the opening segment of the original and therefore failed to complete it.

Parents should be aware that this game features both nudity and can depict sexual acts (There’s a brothel in the third place you visit for instance).

For the sequel, they’ve continued with the ongoing story of Geralt of Rivia, a special kind of monster slayer who is part of a group of mutated fighters known as The Witchers. The presentation is great both in the stunning visuals and the telling of a story (Amnesia though, really?).

It is however very long form, if you do the side quests as well as the main story you’ll find that it will take a long time to feel like the story is really going anywhere after the first few sequences involving the attack of a fortified city. 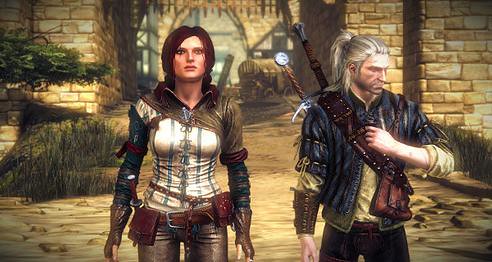 You’ll get to meet a variety of interesting characters both good and bad that you’ll talk to, get missions from, trade with, arm wrestle, fight and so on. Expect plenty of conversation sequences and cut scenes (all games continue to struggle with dodging the bullet that is the cut scene) to help explain what is going on, along with environmental story telling such as dead bodies in the road.

You’ll also be able to take sides on occasion and have a reasonable amount of agency over the fate of many characters. Though sometimes I might choose a dialogue option and the result I get is not at all what I was expecting (e.g. the option says “Very funny…” and when selected Geralt says “Fuck you” instead). 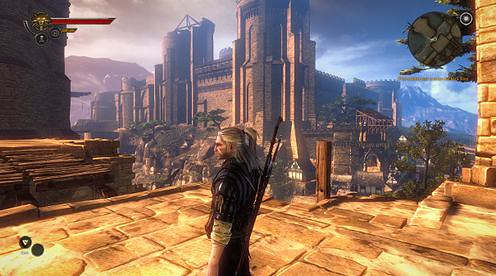 The gameplay has changed a little bit, with more of an emphasis on direct control instead of timed clicks; moving your character around in real-time and attacking in third person combat using a mix of swordplay (and other weapons including throwing daggers), potions, poisons, traps, bombs and magic.

Unfortunately, this is where everything starts to go south and I found myself picking up on a litany of issues that can drain the joy out of the experience. Let me be clear, the presentation of the game is wonderful but it’s let down by gameplay that is merely ‘functional’ and is therefore sometimes hugely frustrating instead of fun. 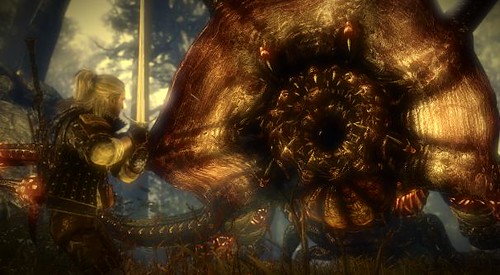 Here goes. The first fight you encounter is fine as you will be fighting alongside around 10 allied soldiers, soon after you’re sent to capture a ballista in order to breach a defensive position… This is where you’re sent into a solo fight with 3 soldiers and behind them are another 6 (or so) soldiers with shields, crossbows and you’ll likely die several times.

By this point, the game should’ve taken some time to explain how to do well in combat, I’m sure the very first fight was intended to give you time to get used to fighting but in order to learn the controls for the game and the actions you take it is necessary either to go into your journal, select the tutorials section and read the combat basics or to quit the game to look at the controls. That’s right, you cannot change the games controls within the game, nor can you look at those controls without restarting it. 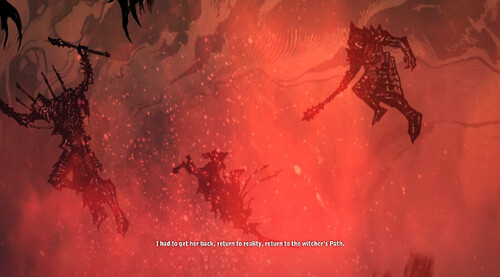 In addition to this, the movement controls in combat can be painfully unresponsive, I’ll attempt to try and manoeuvre away from a cluster of enemies only to get hit by them in the over 1 second it takes for Geralt to even respond to my movement attempt. This is further compounded by the seemingly random target selection system that will frequently decide that I no longer want to attack the monster right in front of me, instead launching Geralt at the monster just behind your current opponent – Putting you right into the middle of the cluster. The game has several difficulty spikes and eventually I just gave up and brought the difficulty down from normal to easy – I’d already quit out once due to the frustration caused by the above.

There are also occurrences of my favourite most-hated-gameplay-concept in the form of rapid button mashing. It’s something a lot of games have done and every time it seems to me as though the button tapping has little to no relation to the action you are doing on screen. For instance, turning a wheel surely would involve a circular motion with your control method, not rapidly tapping a key/button. 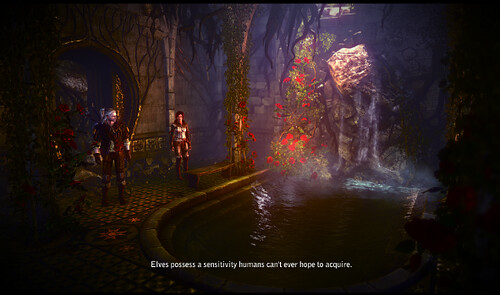 There’s also the occasional sequence of die-repeat-die-repeat Quick Time Events, such as being chased across a bridge by a dragon. It disrupts the experience by gratuitously throwing an extra gameplay mode at the player that frankly seems unnecessary.

Finally, I’ve found on several occasions that the game will crash when accessing either the character or inventory menu screens so remember to quick save (you’ll need to do a lot of that too, checkpoint placement is a little rare sometimes) before loading either of those menus.

It’s such a shame that I’ve found the gameplay so aggravating so often. It is better now that I’ve set the difficulty to easy; I still find the movement controls infuriating at times, though it’s not so terrible that I don’t want to continue exploring the story.

Should there be a Witcher 3 (and to give the game some credit – it is ambitious, very well presented and thus deserving of another iteration) I would recommend focusing on improving the gameplay, particularly in terms of smoothing out the control of your character(s).