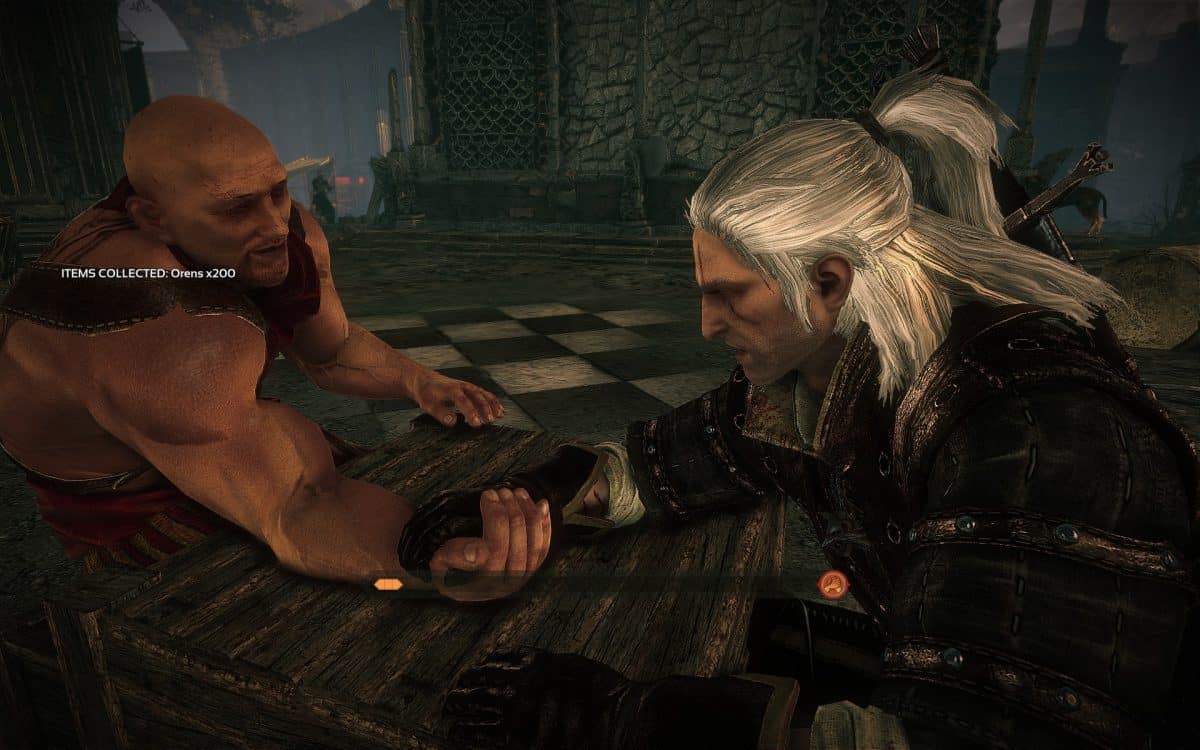 Arm Wrestling is one of the minigames you can enjoy, if you have gotten bored of Dice Poker and Fistfighting, you can try Arm Wrestling. In this The Witcher 2 Arm Wrestling guide, we will show you how to win in an arm-wrestling match.

You can begin the arm wrestling mini-game by finding an opponent and choosing an appropriate dialogue option. Before you sit at the table to begin the contest, you will need to put a bet. After the match begins, you must slam your opponent’s hand to the table in order to win.

Keep the fist cursor within the yellow bar that will be moving beneath your opponents. You move the cursor using the mouse. The winner takes all the money that was bet earlier. Avoid dwarves, they are very good at Arm Wrestling and will prove to be toughest of opponents.

When you have begun the arm wrestling, you will see a long grey bar, a shorter orange bar, and a circled cursor on top of it. You need to keep the cursor inside the orange bar. As the game progresses, the orange bar will get shorter and shorter as Geralt grows tired.

The following quests are directly associates with Arm Wrestling:

You’ll find the following opponents to wrestle through the story:

at the Flotsam inn:

in the Blue Stripes’ headquarters:

In the Kaedweni camp