Square Enix Pokes Fun At Its Own Game, The Quiet Man Is The “Worst Joke Of The Century” 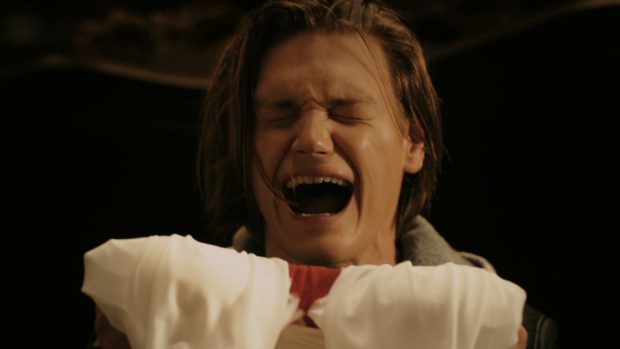 The Quiet Man is not a good game by any means and even its publisher Square Enix knows that. Square Enix Japan has rolled out an Accolades Trailer for its critically panned “The Quiet Man” and even the publisher itself is not holding back on insults.

Usually, Accolades trailer for a game features the best reviews and impression from critics. However in the case of “The Quiet Man”, Square Enix has included insults from almost every critic.

It’s like Square Enix is apologizing for releasing a bad game. But, this is a very creative marketing technique but still, the Quiet Man is a bad game.

One Reddit users roughly translated the narration. “The narrator says how it was shat on by the reviewers at first but after the “voice update” or whatever, many of them redid their reviews to positive and finally ending with a “Is this game actually really shit or is there something to be enjoyed here? Only you can decide by playing the game!”

The Quiet Man was bashed universally by critics for its bad hit detection, wonky gameplay and more. The game allows players to play from a perspective of a deaf protagonist with no dialogues at all.

But, no one was able to understand the game as the game features no subtitles for its first playthrough. While the concept felt good on paper but, in execution, it was a bad game from the design perspective.

Speaking of Square Enix, the company is also publishing the upcoming Avengers game. The game itself is being developed by Crystal Dynamics and Eidos Montreal.

However, Square Enix is yet to reveal any gameplay for its Avengers title. There were hopes that Square Enix would showcase the game at The Game Awards 2018. But, fans were disappointed.

But, the developers have assured that they will share more about Avengers game when the time is right. According to the Creative Director, he understands that everyone is excited for the upcoming Square Enix Avengers Game.

Not only that, there is a chance that Square Enix Avengers game will not release for PS4 and Xbox One. According to reports, Avengers is being developed for PlayStation 5.

The Quiet Man is an action adventure game developed by Human Head Studios. The game is available for PC, Xbox One, and PlayStation 4.