The Outer Worlds Pay for the Printer Quest Guide 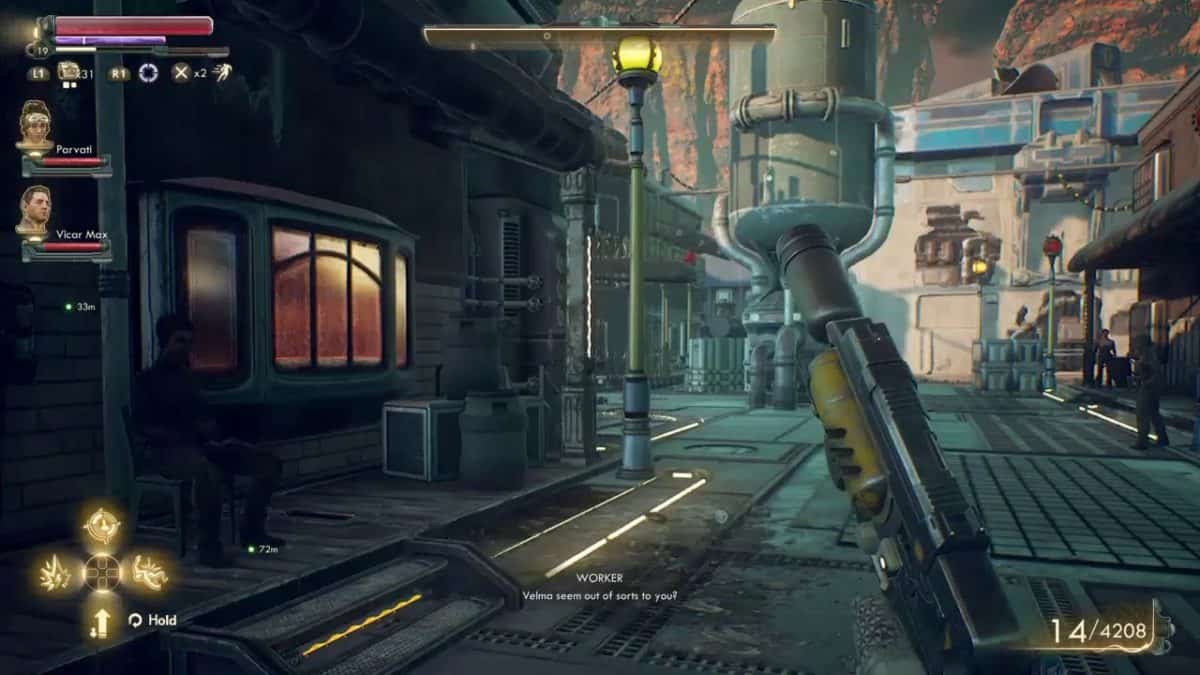 The Outer Worlds Pay for the Printer

The quest can be started by talking to Graham in the Iconoclast’s Town. The quest objectives are given below:

­­­­After turning in the Commuter, talk to Graham about next steps to obtain the quest. Graham will tell that he wants to continue preaching. A discussion will take place between Graham and Zora that will reveal that Graham committed the best unit to the printing mission rather than on the ruins, where they were needed.

After the cutscene ends, you have to make your way to the Terra One Publications which is in the South of Stellar Bay. When you reach there, you’ll come to a battle between Canid and Zora’s team. Defeat the enemies and talk to Van Noys in the team. You will be given an option to help Zora’s team. If you opt in, you’ll be told that they have lost hold of their medic and need medical attention.

Enter the facility and you will be attacked by a group of Raptidons. Defeat them and take the rightward path to the medic. You will face two Raptidon Colossus here. Defeat them and go into the residence to the medic’s corpse. Loot the corpse to obtain Euthanasia Kit (Unique item) and Iconoclast Trauma kit (quest item).

Return to the May Van Noy and tell her the fate of the medic. They will head back, and you will be granted 7,500 XP.

Now go into the printing facility. There will be many enemies you have to defeat. After that, you will find a resignation note from Caden Shuster highlighting dangers of frontier work. In the facility, behind the notice is a locked office that contains a terminal with some corporate requests and high-level locked box that requires level 60 to unlock.

Head into the last door on the 1st floor and go up to the 2nd floor past a Raptidon. Access the door and use the terminal to activate the rollers. The quest will be updated, and you will earn 7,500 XP.

Head back to Amber Heights and go talk to Graham on the 2nd floor. Graham and Zora will be in a heated argument. The Quest is now complete.

Follow Zora to the medical building and talk to her. Agree to help her and you will unlock the quest Sucker Bait. Completion of the quest will reward you with the following:

If you helped Zora’s Team, you will also receive additional 7,500 XP.