The Mystery Continues with the PS3 Exclusive, Agent 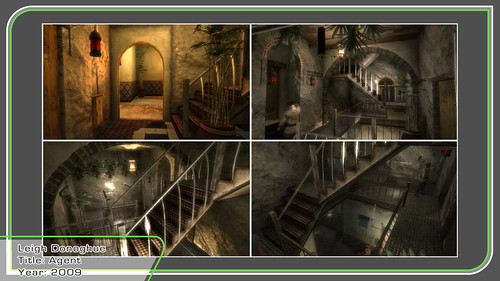 Not a lot is known about Rockstar’s new IP, Agent. Despite that fact that it was announced in 2007. What we do know, is that it’s an espionage title set in the 1970’s and that there are four known screen shots that have been released.

Normally when a game is in development for this long, its usually an indicator of a bad game. However, in 2009, Ben Feder, president of Take-Two,the parent company of Rockstar games, told GameStop that Agent is being groomed to be the next GTA.

“We think this has the potential to be yet another great Rockstar North franchise title. … It’s the Houser Brothers and Rockstar North. It’s the A team working on an AAA title. I think the subject matter, the characters, the story, the environment, the background–all the elements are there. It’s such a rich environment to play in.”

If that doesn’t get you to excited, to finally fulfill your fantasy to be Sean Connery’s James Bond (and let’s be honest, who here hasn’t had that fantasy?) then I don’t know what will.

Unfortunately, we still haven’t heard much about this promising new game, in quote some time. Even though, in a recent post-earnings announcement call, Take-Two chairman and chief executive, Strauss Zeinick said, “We haven’t announced anything about [Agent] yet.”