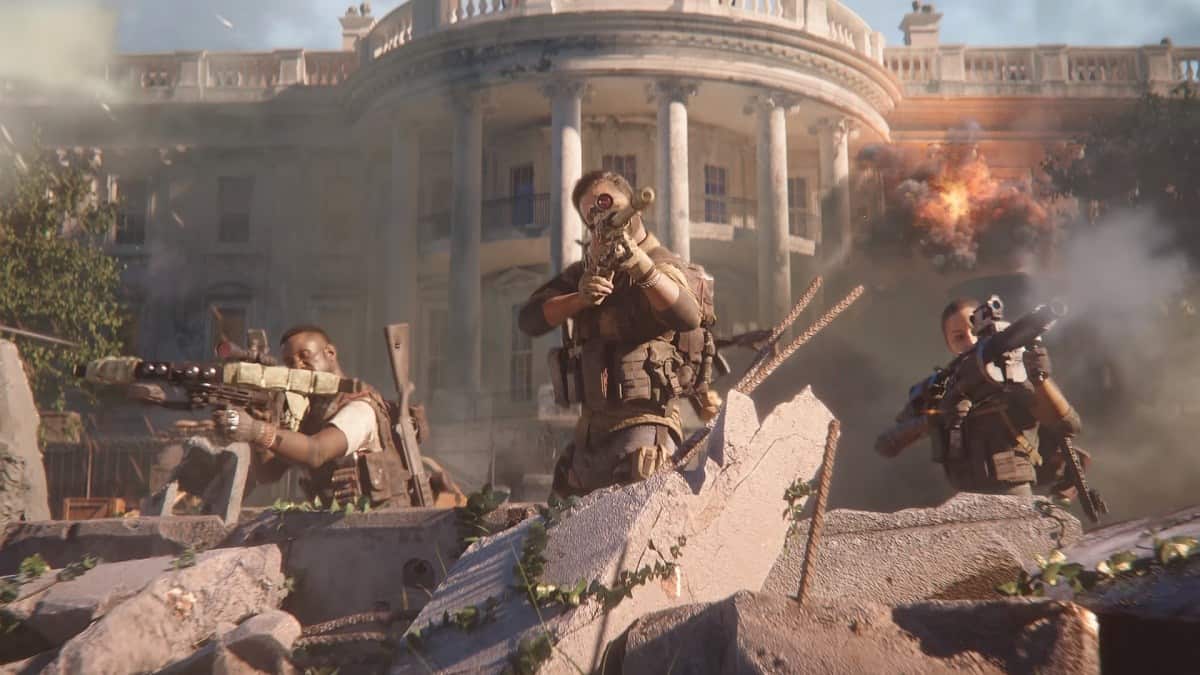 In The Division 2, you are introduced to the Base of Operation, the White House, as soon as you are done with the Prologue.

It plays an important role in The Division 2 as it allows you to perform many tasks such as accessing your Stash, get Missions, and unlock more features such as Crafting as you keep upgrading it. It is a good idea to upgrade your Base of Operations as soon as possible.

The Division 2 Base of Operations Upgrades

Simply, head over to any Settlement and start gathering all of the Side Quests in the area.

After that, you can access them in the menu to check out their reward. Under the mission briefing, the rewards are mentioned. Make sure “Base of Operation Upgrade” is part of that.

This approach will unlock many different parts of the Base of Operations and will make the base look visually better upon inspecting.

Apart from completing the missions, you can also recruit staff for the base.

In order to recruit staff, you will again have to head over to the Settlements where, along with Coop Dennison, who is already appointed to the White House, you can unlock Al-Khaliq from the Theater Settlement by completing the first Priority Mission there.

Additionally, you can get Grace Larson and Senait Ezra and Charles Douglas at the Theater, all of them are found at the Main Desk at the Theater.

However, in order to unlock all of them, you will have to level up the Settlement as well.

In order to level up any Settlement, you will have to complete the Support Missions for that Settlement.

Recruiting staff is beneficial because some staff members bring something to the table.

Al-Khaliq unlocks the ability to craft items, Joshua Summers allows you to change your hairstyle. Otis Skyes allows you to unlock more challenging bounties and Emma Richards can recalibrate your gear.