Deus Ex Mankind Divided could get a limited edition Xbox One console, if a couple of leaked images are to be believed. If it turns out to be true, PlayStation 4 units may receive the same treatment.

Deus Ex Mankind Divided is coming out in a few months on PlayStation 4, Xbox One and PC. It is being developed by Eidos Montreal and published by Square Enix. It is a massive release, one of the biggest of 2016, so it is only natural for it to have some form of exclusive bundles. Pretty much all big releases do.

In the case of the new Deus Ex, there seems to be a Mankind Divided Limited Edition Xbox One console planned for release. The news isn’t confirmed, but a couple of leaked images strongly suggest the possibility. 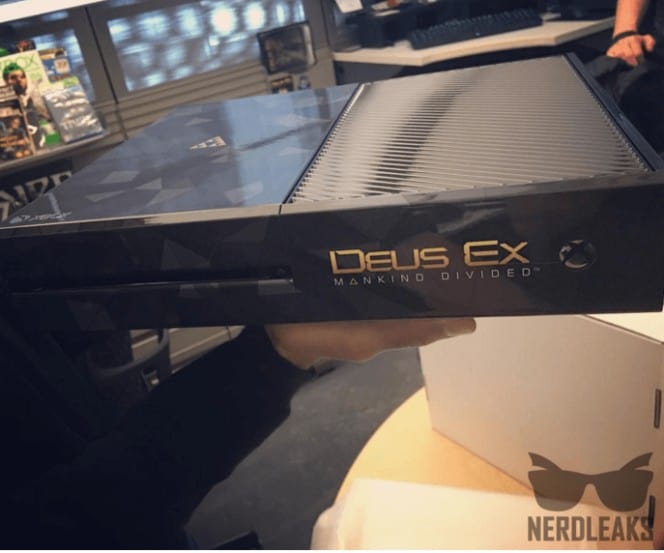 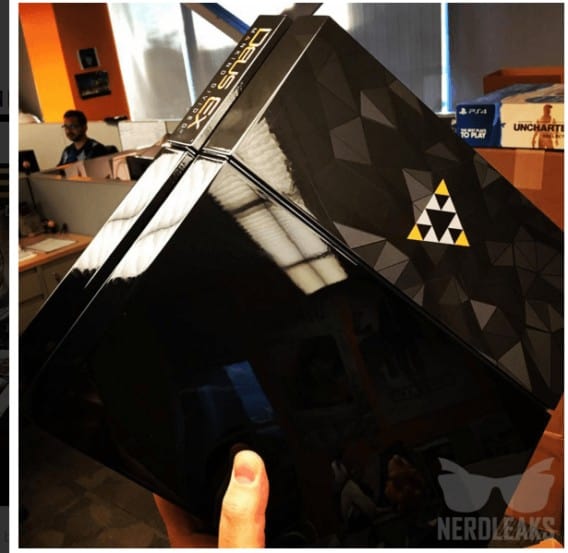 The images were taken inside the Eidos Montreal Studios, the leak claims.