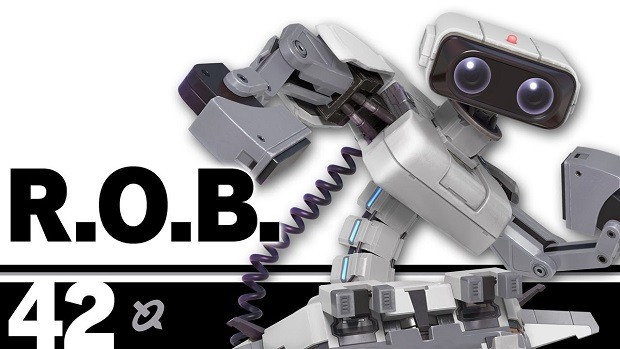 R.O.B being short for Robotic Operating Buddy is the controller-brought-to-game character. The robot is known for his good projectiles and zoning abilities coupled with the fact that he has good recovery on most of his moves. He is not one of the starting eight characters, so you will need to unlock him.

The character is unlocked by employing any of the three ways. In the World of Light mode, you reach the Mysterious Dimension of the Dark World, where ROB will join your team. Alternatively, you can play as Luigi in the Classic Mode to earn ROB. Lastly, playing multiple sessions of versus mode as Incineroar and then subsequently defeating ROB on Wrecking Crew will unlock the character for you.

In the animations department, ROB’s dash and double jump now look different. His side taunt sees him emitting purple flash of sparks rather than the traditional white color. The Forward Smash’s charging animation now appears much similar to that in Super Smash Bros. Brawl. The particle effects are now more detailed in ROB’s Robo Burner special move.

ROB received a new pummel grab that has a headbutt animation and his forward throw has also been revamped for a different animation. Lastly, he has received a new Final Smash titled Guided Robo Beam that sees him unleash multiple homing red beams, before finishing with a single wide green one.

His movement received quite some tweaks. ROB now walks and dashes faster while his air speed also received a boost. The Forward Tilt’s critical hit will deal more damage while the Down Smash also received a damage buff. The Forward Smash and all air attacks now have less landing lag.

The Neutral Air has an extended range and will initiate faster while the Up Air attack was given a nerf when it come to the damage potential. The Down Aerial attack now has a greater knockback effect.

Talking about this throws, the Up throw now has an increased height of the hitbox. The Down throw, while it inflicts less damage, it puts opponents in a state that allows for follow up attacks.

Major changes were made to his Robo Beam special move. It now deals more damage, has less start-up for charging and less ending lag. The full charged version of the move will have a much larger hitbox.

Though the end-lag was increased for the Arm Rotor move, it makes up for it in terms of a faster start-up. Finally, to indicate changes in the fuel level, there will be a gauge meter on ROB’s chassis so the player knows when he can use the Robo Burner special move again.

Judging closely by the playstyle of ROB, you are advised to choose the following Spirits by decreasing precedence. Overall, they will grant you with more damage potential with your special moves, dealing more explosive damage now, and aerial attacking moves as well.

Keeping in mind ROB’s excellent zoning tools thanks to his long-reaching projectiles, there are some characters that work better than others when facing the robot. Here are some of the counter characters you need to pick to ensure the match-up is in your favor.