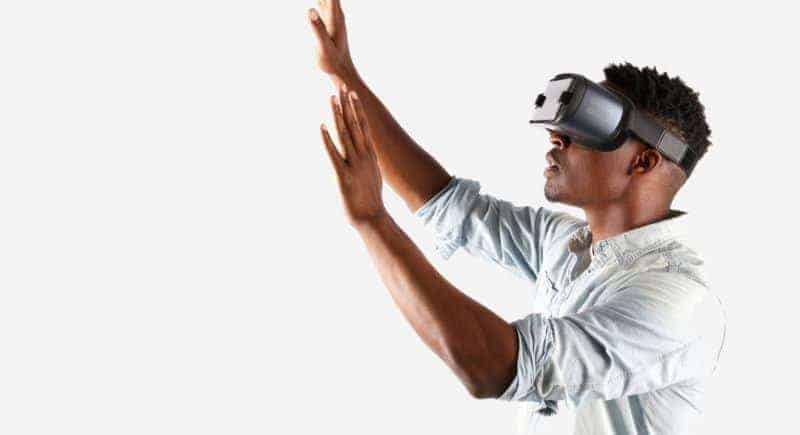 Super Data has revealed an estimation on how far the VR technology from different manufacturers has sold so far and how much of the revenue manufacturers have earned. However, Super Data mentions a note that, these are only estimates, not a solid data as only Samsung has given away true figures.

Estimation wise, total number of VR devices shipped in the year 2016 reached 6.3 million figure. Samsung GEAR VR is leading the other manufacturers with a wide margin, reaching 4.51 million number of units shipped till the end of year 2016. Super Data mentions that the total number of figures given here comes directly from Samsung and is not an estimation.

This clearly tells how demanding PSVR is for their PlayStation followers.  However, Super Data plotted the figures as estimates only, as SONY did not mention number of shipped units figure. It is further said that:

Pretty good number for PSVR I think. Curious how this all shakes out over the upcoming year especially with more robust mobile solutions and Microsoft’s cheaper partner headsets coming out

Then is HTC VIVE, with 0.42 million numbers of units shipped. The gap between HTC VIVE and Oculus Rift is wide enough. However, it is interesting to note that HTC VIVE launched one month after Oculus Rift, yet it managed to out ship total number of units in 2016. At any rate, these are just estimates and may or may not be true. Super Data further says that:

That’s basically where things have been estimated for Vive and Rift based on some prior statements.

Every month we collect spending data on millions of unique online gamers directly from publishers and developers, totaling 50+ publishers and 450+ game titles. The mobile and VR studies were based on the following: 49 million unique transactions from 15 million unique gamers.  We clean, aggregate and analyze these data to establish market benchmarks and models for all segments of digital games and interactive media 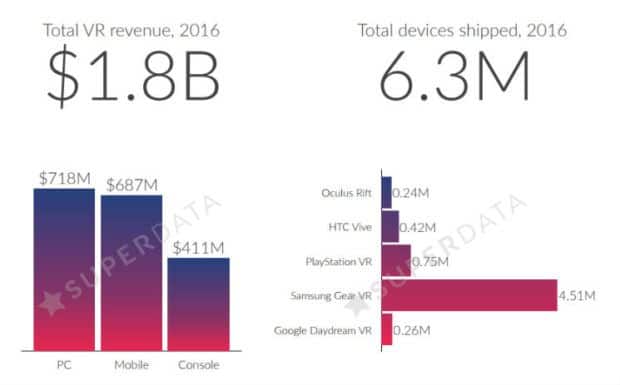