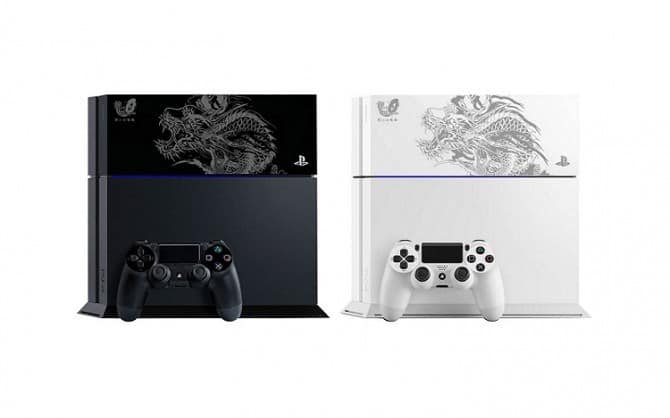 Sony has been pretty active in releasing special edition PS4 systems recently. The last system was the beautiful 20th Anniversary Edition PlayStation 4 which was themed after the original PlayStation.

The 20th anniversary system was sold out quickly, but was available for a hefty price on eBay. If you were not able to grab that beauty, Sony has another special edition in store for you. This time, Sony Computer Entertainment Japan and Asia have revealed new Yakuza Zero Limited Edition PS4.

There are two variants of this limited edition; the first one is Kazuma Kiryu Edition while the second one is known as Goro Majima Edition. Both systems feature a laser etched cover with a tattoo of the lead character of Yakuza Zero. The only difference between the consoles is color.

The Kazuma Kiryu Edition is jet black while Goro Majima Edition is of a beautiful glacier white color. Each console is going to be available for 41,980 yen plus taxes. As for the game, it doesn’t come with the limited edition consoles, but buyers will have the option to pay a bit extra to bundle the game with it. It will cost an extra 6,480 yen.

Release date is set for March 12 and orders can be placed on the official Sony store for Japan. Unfortunately, this limited edition console along with Yakuza Zero are not yet announced for western market. Hopefully, that will happen soon.