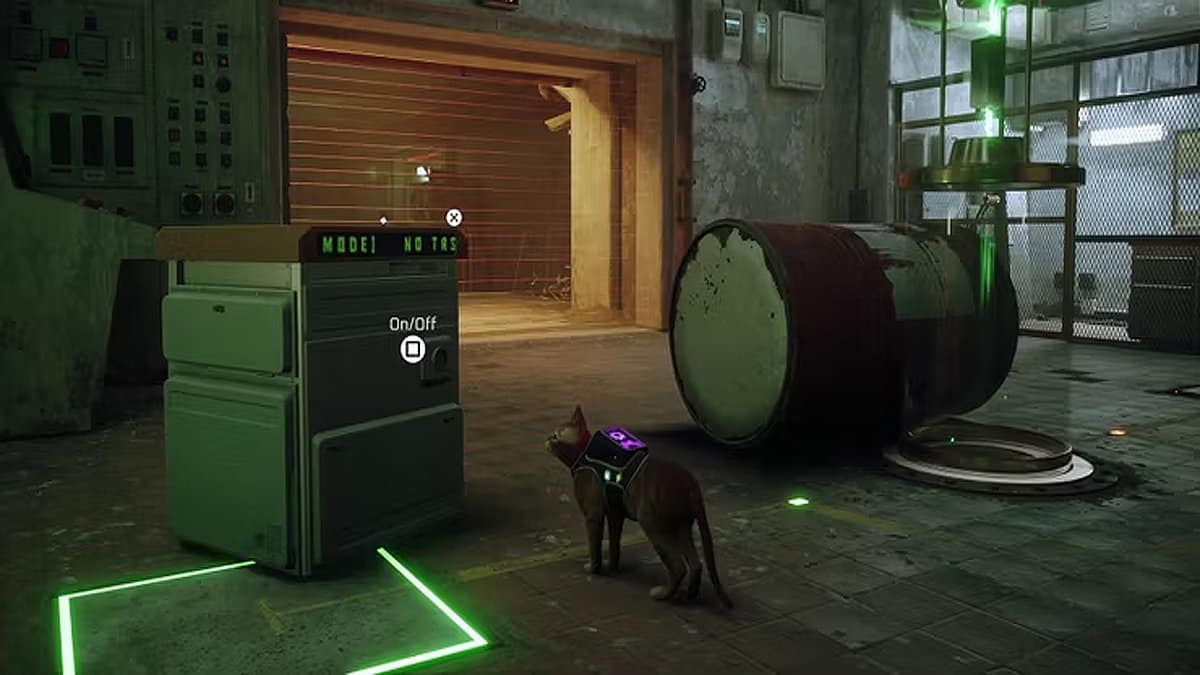 The Neco Corp factory in Midtown has an atomic battery that you must steal in Chapter 10 to advance but which tasks you to solve another puzzle in Stray.

Clementine will explain to you that the atomic battery is the only way to power the Midtown subway system. When you do infiltrate the Neco Corp factory, however, you will find the atomic battery sealed inside a case and behind a laser grid.

The following guide will explain the atomic battery puzzle solution in Stray.

How To Solve Atomic Battery Puzzle

Here, there are three pressure plates (floor tiles) that can be pressed to move the tube in the center of the room. You need to find three different objects in the factory to place on each floor tile to keep them permanently pressed. That will prevent the floor tile from coming back up and forcing the tube to from returning to its default position.

Interact with the container like before to trigger the follow protocol and lead it to the pressure tile from where you removed the first container from (besides the control panel). That is two pressure plates down.

Once you have both containers on both pressure tiles, the tube in the middle will move to create a gap. You can now jump back into the red barrel and roll through to the third and last remaining pressure tile.