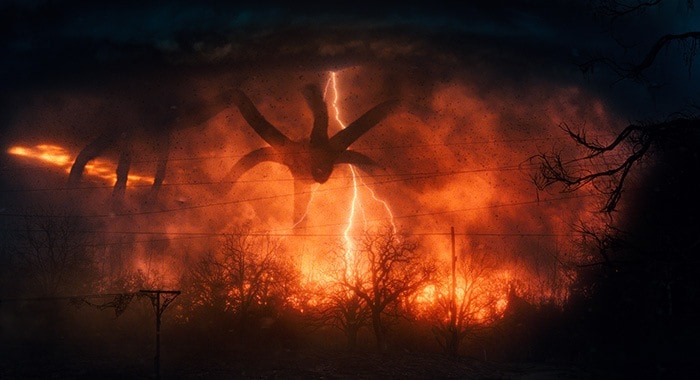 Stranger Things made a big splash a couple of years back when it premiered on Netflix with an amazing blend of storytelling, performances, and pop-culture references from the 1980s.

The mystery around a girl with psychokinetic abilities, an alternate nightmarish dimension, diabolical scientists conducting weird experiments, and all of that (and more) taking place inside a kooky town.

The phenomenal debut left the audience hungry for more and that insatiable appetite was satisfied–to an extent–last year with a second season. It has been around three months since then, and fans have begun growing restless over when the critically acclaimed science fiction-horror series will be returning.

Here is everything there is to know (and is available right now) about the upcoming third season of Stranger Things.

Was Season 3 officially confirmed and will there be more?

There are currently two more seasons planned out for the hit television show. This was confirmed last year by creators Matt and Ross Duffer, also referred to as the Duffer brothers.

The fact is that there needs to be a limit to just how stranger the rural town of Hawkins can get before the audience starts snoring. In addition, the young cast will likely be old enough by the fourth season to start heading out for universities.

That being said, producer Shawn Levy has teased the possibility of a fifth season. The co-directors have clearly mentioned the challenge of adjusting the storyline to reopen and re-close the chapter of supernatural beings from alternate dimensions in the upcoming seasons. We will have to wait and see if the “Upside Down” will allow enough significant openings for Stranger Things to sign out after five whole seasons, but anything beyond that is very unlikely.

When can we expect Season 3 to premier on Netflix?

There are strong rumors to suggest that the script for the new season is about to be finalized and filming should begin around April. Looking back at how the second season took less than two years in the making, we can expect Stranger Things to bring its latest offering on Netflix somewhere in 2019.

If lady luck gives her blessing, we might be dealing with another shadowy creature as early as the end of this year. However, it is more probable that the show will return early next year.

How many episodes are we talking this time around?

To recall, the first season featured eight episodes while the second dropped nine. According to producer Shawn Levy, the team is aiming at a shorter run for the third time. This means that fans should not expect more than eight episodes at the most.

Keep in mind that the development of the storyline is not being sidelined in this regard and hence, the show will not be bound to any specific number of episodes. However, it is unlikely that we will be getting to enjoy more than what we have already in the past two seasons.

The attribute is probably going to disappoint many but there is a silver lining to be found. A shorter run-time means that filming will be wrapped up quicker, and the finalized product will in turn surface on our screens that much sooner.

What about the returning cast and will someone be missing?

It is too soon to be talking about casting since the script is yet to be finalized but it would be a nightmare if the main characters did not return.

The premise of Stranger Things has always revolved around the five curious kids. Hence, it is a given that Eleven, Dustin Henderson, Lucas Sinclair, Mike Wheeler, and Will Byers–played by Millie Bobby, Gaten Matarazzo, Caleb McLaughlin, Finn Wolfhard, and Noah Schnapp respectively–will be starring in the third season as well.

Max Mayfield, played by Sadie Sink, was a new addition to the adventurous bunch in the second season. There is the possibility of her moving out of the town with her stepbrother, but we hope that event will not be penned down by the writers. Simply because the more, the merrier.

There is no doubt that other characters such as Jim Hopper, played by David Harbour, should likely return as well. They were, after all, the major cogs in the seasons so far.

It is also strongly rumored that Kali Prasad, played by Linnea Berthelsen, will be returning. The long lost sister of Eleven made an appearance in the second season and it is said that her storyline will be “solved” in the next upcoming season. The villainous Dr. Martin Brenner, played by Matthew Modine, is apparently still alive and can be expected to return as well.

Let’s talk plot; what dark creature will be entering our world?

The Byers family will be glad to know that they will not be “going through hell” for a third season in a row. According to producer Shawn Levy, Will is going to be taking a break from being on the receiving end of the supernatural but still be “dealing with stuff” in the next season.

On that note, something dark and sinister will be entering our world once again in Stranger Things. The only confirmation so far is that there will be “new” forces of evil this time around.

Does his mean that the Mind Flayer, also known as the Shadow Monster, will not be returning despite showing up in the final shot of the second season? The Duffer Brothers have teased that the next season will further explore the mythology of the “Upside Down” and see the kids use knowledge based off their games to understand the evil. Since we have already come in contact with the Mind Flayer, it really seems like that we are in for something far more weird.

In addition, the creators of the show have pointed out that the third season will focus more on character development. The backstory of Jim Hopper for one, and the history behind his daughter Sara, are up to be explored in the future. Some fans believe that she also came in contact with the alternate dimension and paid the price with her life.