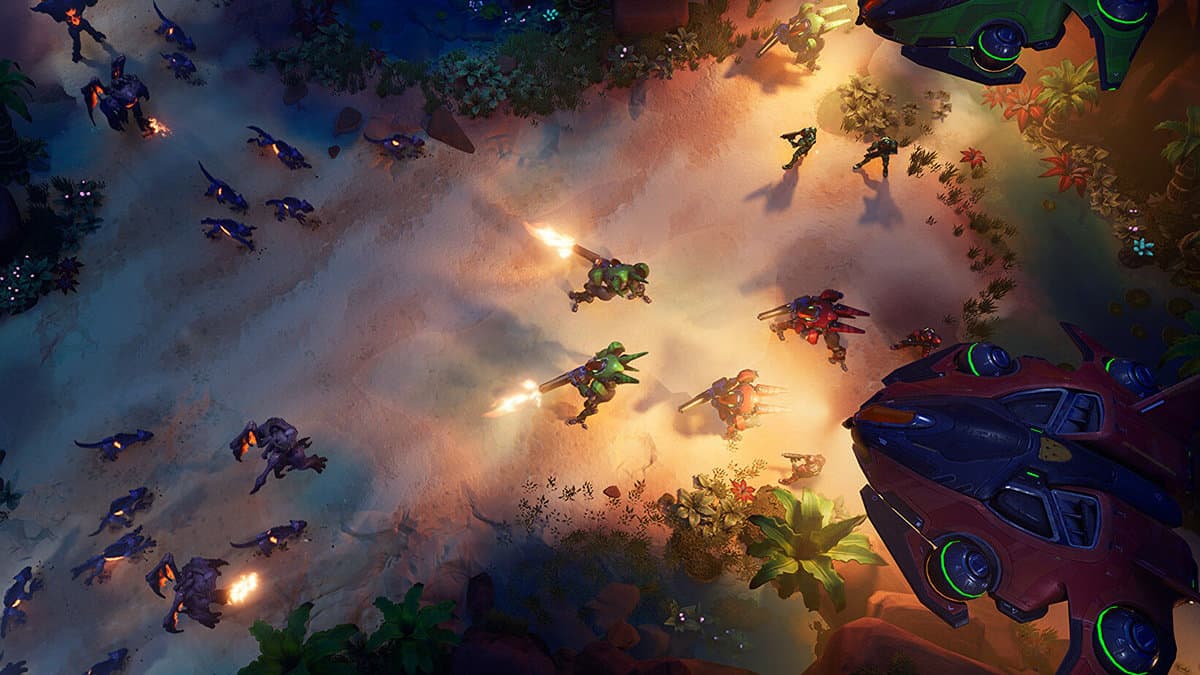 Frost Giant Studios, a new game studio populated by a number of former Blizzard Entertainment developers, is intending to release Stormgate, a new real-time strategy game based off of the release model of Starcraft 2. According to studio head Tim Morton in an interview with PC Gamer UK, the studio intends to perfect that model with a service-style release.

We’ve moved to more of a service model from the traditional original release, wait two years, get an expansion pack.

Starcraft 2 had three different campaigns that told the game’s entire story, spaced out over several years. Each campaign focused on one of Starcraft’s three factions, the terrans, the zerg, and the protoss, allowing Blizzard to tell a grander story. This model of individual stories focusing on new characters and factions is what Stormgate’s own story aims to run on, according to Tim Campbell, another former Blizzard dev working on the game.

There’s two goals here. One, we want to support the gameplay, so our factions are designed in a way to enable our designers to pursue their ideas for strong gameplay, colourful characters, interesting unit designs, and things along those lines. And then the second part of it is we’re building a universe that we can tell stories in for years to come.

Stormgate’s story tells the story of humanity as it attempts to survive an invasion from the world-conquering Infernals, who have invaded Earth through the titular portals. Both factions, however, play very differently, adding to Stormgate’s own inspirations of Warcraft and Starcraft, and with the service model Frost Giant is intending, the factions could change in power dynamic and makeup as the story rolls out, according to Campbell.

So far Stormgate has no real release date, but Frost Giant Studios is intending to release the game now considering that Blizzard is less focused on RTS games and that there are people out there who grew up with classic-style games like Starcraft and Warcraft who might support such a title.