How To Start Kingdom Come: Deliverance From the Ashes DLC 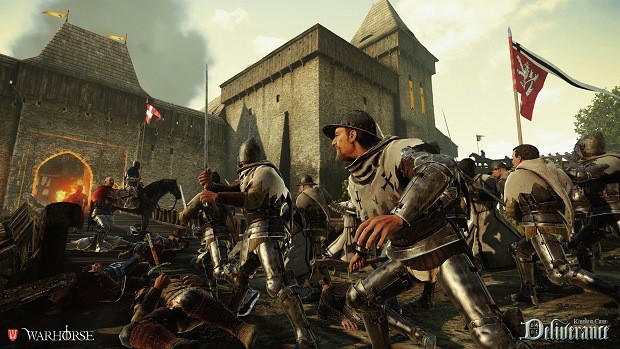 From the Ashes is the first official DLC for Kingdom Come: Deliverance and we follow Henry who is now a Bailiff and must control, rebuild, and manage his own village of Pribyslavitz. We will guide you exactly how you can start the DLC and what are the pre-requisites before starting it. Below, we have detailed everything that you need to know about starting From the Ashes DLC for Kingdom Come: Deliverance.

How to Start Kingdom Come: Deliverance From the Ashes

From the Ashes DLC cannot be started right from the beginning of the story. You must play the base game and reach a certain point in the main story of the game before you can start From the Ashes. The village in question, Pribyslavitz, is actually a very important part of the main story and you must first complete the main story quest set in this village.

After the quest, you will be teleported back to Rattay. At this point, if you have purchased the DLC, From the Ashes for $9.99, you will receive a message that the DLC is now accessible. Now all you need to do is travel to Tamberg and speak with Sir Davish there. Sir Davish will give you a quest to head back to Pribyslavitz and speak with the Locator who plans to rebuild the place.

Once you arrive at the location, you will encounter some more bandits who pose a threat to the rebuilding of the town. You can deal with them in two ways, either kill them or pay them enough money to have them leave the area in peace. Once the bandits are dealt with, head to the backside of the town and find the Locator in one of the tents. This is the upper area of the camp.

You can talk to him only during the daytime so make sure that you go there during the day. Speak to him and he will show you around the area telling where to build specific structures. Once the tour is over, Sir Davish will visit the area and make you the Bailiff of the town. Now you can start building your own settlement and earn a steady amount of income from it.

Currently, different players are experiencing problems finding Sir Davish in Tamberg. The problem is that Sir Davish is not spawning for them to start the DLC quest making the purchase useless for them. To fix this problem, you can try out different things mentioned below that are reportedly working out for nearly all of such players.

Lastly, if Sir Davish is not spawning for you in either place especially if you are near the end of the game, you will find in Rattay Castle sometimes. We hope that these will help you to fix any problems while starting the DLC.

This concludes our how to start Kingdom Come: Deliverance From the Ashes DLC Guide. If you want to add anything to this guide, feel free to use the comments section below!