Splatoon 3 Special Weapons & How To Use Them 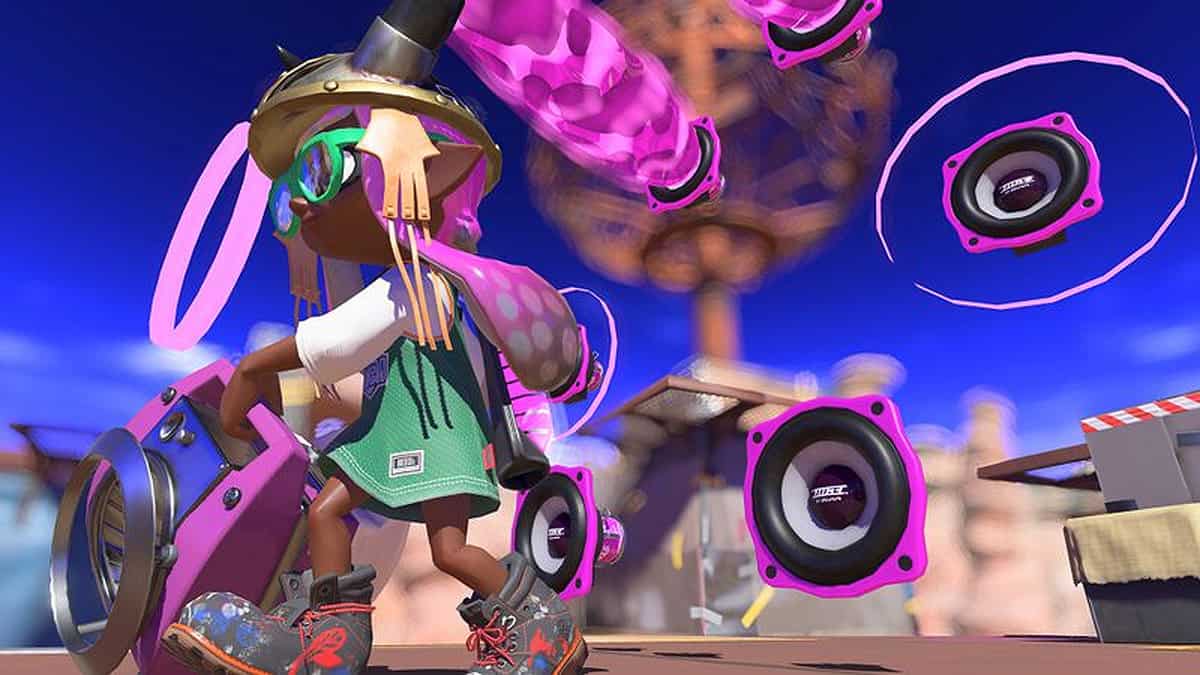 Splatoon 3 has more or less remained the same as the previous installments in the franchise.

Something you can, however, look forward to is the addition of over a dozen brand-new special weapons to spice up the arena. These weapon types are not only more powerful than the standard weapons in the game but also add a unique flair to your experience.

The following guide will list all of the special weapons available in Splatoon 3 while detailing how you can get the most out of them.

What are Special Weapons in Splatoon 3?

You will normally be using your main and sub-weapons to ink the arena and opponents in Splatoon 3. However, when things get too heated, you can rely on special weapons to change the tide of the battle.

They are designed to be very powerful and hence, can only be used for a short time. Every special weapon has a special gauge that needs to be filled in the game. When ready, you can use powerful abilities, some of which might even transform your character. For example, you can create a rain cloud that rains ink on the map or you can ride an inflatable shark that can explode on impact.

Do note that every main weapon features a set of sub-weapons and special weapons. You will have a lot of options in front of you when deciding on an offensive measure, or even a defensive one since some special weapons can provide good support to teammates.

How to get Special Weapons in Splatoon 3

There are a total of 16 special weapons available in Splatoon 3. 10 of them are brand new while the remaining six return from the previous two games in the franchise.

The Big Bubbler creates a stationary barrier (a bubble) around you to block all incoming enemy ink attacks. However, enemies can still enter the bubble barrier to damage you and the bubble.

Note that you can destroy/pop a Big Bubble by damaging the top section or the deployed device from the inside.

The Crab Tank is a literal tank that you can ride around the map. It comes with two weapons of its own: turrets (ZR) for rapid shots and cannons (R) for splash damage.

However, do note that the Crab Tank has low armor on its back. Hence, always make sure to face enemies during combat by entering the mobile mode (ZL) to move around.

This special weapon functions like a vacuum cleaner in Splatoon 3. The Ink Vac creates a vortex (hold ZR) that sucks up all incoming enemy ranged attacks to fire back at them (release ZR) as a powerful ink attack.

The more enemy attacks you suck in, the more powerful your Ink Vac attack will be. You can either wait for your tank to be full or fire back mid-way.

The Killer Wail 5.1 works automatically. While the speakers are damaging your enemies, you can continue to use your main and sub-weapons for additional damage.

This is probably the most popular special weapon in Splatoon 3. It deploys an inflatable shark that you can ride around the map. It has a special ability to charge forward (ZR) before exploding for massive damage at the end of its path. You can also make the shark explode beforehand.

If you are looking to support your teammates, consider having the Tacticooler in Splatoon 3. It deploys a mini-fridge that hands out four special drinks to enhance your abilities for a brief time.

Take note that each player can only have one drink for one special effect such as increased movement speed. You will, however, lose the effect if you are splatted by an enemy.

The Triple Inkstrike allows you to throw up to three missile beacons (R) on the map to fire missiles at their locations. This will create three ink tornadoes to cover the entire area.

You can fire three ink blasts (ZR) in a single shot up to three times in total. The large hitbox makes this weapon hard to miss.

The Wave Breaker is yet another special weapon in Splatoon 3 that uses sound to damage enemies. You deploy a device that starts generating sonic waves to mark and deal damage to any enemies they come in contact with.

However, the Wave Breaker is also easy to dodge. You just need to jump over each sonic wave to avoid being marked or damaged.

The Zipcaster is all about increasing agility and allowing you to zip across the map to chase down or escape enemies. This special weapon gives you the ability to stick to walls (R) on the map.

You can then continue to use your main and sub-weapons or jump over them. Do note that once the timer expires, you will move back to the point where you first activated the Zipcaster.

The Booyah Bomb is a long-ranged weapon in which you charge the glowing ball of ink and throw it at your opponent at any given time. The Booyah Bomb can be charged faster by having the teammates send the ‘Boohyah’ signal.

What makes Booyah Bomb strong is how unexpected it can be, the opponents almost never see the Booyah Bomb coming and are damaged by the large ink explosion every time it is thrown at them.

Ink Storm requires you to throw a device into the air that forms a large cloud of ink and covers a specific area. The ink cloud moves in the direction it is thrown and damages any enemy under the area the cloud is covering.

Ink Storm damages the opponents using the Ink Rain Drops but the ink drops do not deal a huge amount of damage and you won’t be able to defeat enemies alone using this ability.

However, using Ink Storm as a support ability for your teammates can change things completely.

The Inkjet is a strong ability as it allows you to float in the air and damage the enemies using its attached blaster-like projectiles.

Once you have activated Inkjet you can also float higher (B) for a short while however once the ability expires the user jumps back to where it was started.

The Tenta Missiles allow you to lock on the enemies and fire multiple missiles (ZR) at them. The strong point of Tenta Missiles is that they can launch up to 10-20 missiles at once and can target multiple enemies.

Its weak point is that if missiles are shot from a distance it can be quite easy for the target to avoid them.

Ultra Stamp is a huge hammer that can be used both as a short and long-distance weapon. Holding (ZR) allows you to advance forward while striking frequently at the ground.

Ultra Stamp is strongest when used in tight spaces where the enemies can’t run away from the attack and can also be thrown at the enemies as a long-ranged attack (R) however, throwing the hammer would end the special ability early.

Splashdown allows you to jump and strike the ground with a force that causes an ink explosion. It can especially be used to ambush your foes except that it can easily be avoided.

The weakness of Splashdown is that it takes five seconds to be activated which gives the foes enough time to get out of the range of the attack. If Splashdown is used from a height it greatly increases its damage output.