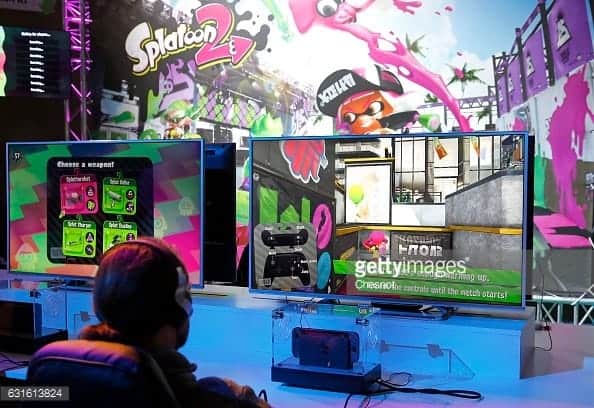 Even though the Splatoon 2 demo is happening in around a week in both North America and Europe, Japan is once again reaping the benefits of being the homeland of a major game developer. Apparently, if you live in Japan and have pre-loaded the Splatoon 2 demo, you’re able to play it today.

See Also: There Will Be A Lot of Splatoon 2 Post-Launch Content After Game’s Launch

Splatoon 2, obviously, is the sequel to 2015’s Wii U game Splatoon, a team-based third-person shooter where instead of shooting players, you shoot the walls with paint.

Splatoon 2 apparently will be keeping this formula going, though with a number of new weapons and maps (along with some adjustments to older weapons like the splat roller.)

Splatoon was a highly popular game during its brief time in the spotlight and ended up being one of the top sellers on the Wii U in some areas.

The demo will also be unlocking at the following times for Nintendo fans in North America and Europe:

You won’t have very much time for each demo when it starts up, so players will have to be careful and know when the demos are starting. After they’re gone, players won’t be able to play the game again until Nintendo actually releases Splatoon 2.

So, if you have a Nintendo Switch and are waiting for Splatoon 2 to come out (which it will, hopefully sometime this year), just be on the lookout for the Splatoon 2 demo when it comes out anywhere from March 24 to March 26 in your region. And, in the meantime, we’ll be waiting eagerly for Splatoon 2’s release.