Spawn is on its Way to Mortal Kombat 11, Says Todd McFarlane 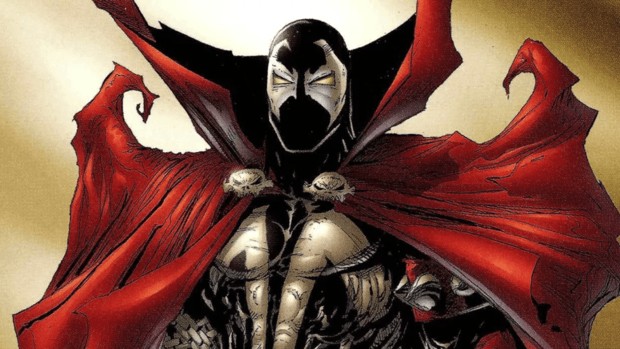 Since the announcement of Mortal Kombat 11 at The Game Awards 2018, fans of the series have been craving to know about the guest characters that will make it to the game. And it Seems like one of them is finally going to be “Spawn” who is one of the most requested guest characters since MK X.

Since Mortal Kombat franchise started adding guest characters through DLCs, Spawn has been one of the most requested characters. According to the creator of Spawn, Todd McFarlane, “Spawn” is on its way to arrive in Mortal Kombat 11.

Todd McFarlane recently held an AMA on Reddit and there he gave a hint that Spawn might finally be coming to Mortal Kombat 11.

During this AMA, a Reddit user asked “Will you please let Spawn be in Mortal Kombat 11?” to which Todd replied by saying “I believe he’s on his way…”.

This is not a confirmation but the fans have gone wild. Mortal Kombat fans replied by saying “Don’t you be playing with my emotions, Todd,” or “TELL ME LIES, TELL ME SWEET LITTLE LIES.”

He’s a perfect fighter to be included and he can perform some of the most brutal moves in the game.

NetherRealm has managed to bring guest characters in the game before with the likes of Jason Vorhees, Predator, Leatherface, Alien (Xenomorph) and Kratos. Spawn is a very violent character who appeared in SoulCalibur II on Xbox 360 and PS3.

According to another Reddit user, a film related to the Spawn character is early in development. So the inclusion of Spawn in Mortal Kombat 11 will definitely bring more attention to the character as he’s been away from the screen for a long time.

Now to see Spawn make it in the game, we will have to wait until 2019. There’s a Mortal Kombat community reveal event scheduled to take place on January 17 and maybe that’s when we will get to know about him.

In other news, MK 11 is now available for pre-order on Xbox One. MK 11 will launch on April 23 for Xbox One and PS4. Also, if you pre-order the game you can have access to the beta version.

There are currently two different versions available of MK 11. One will cost you $59.99 and the other will cost $99.99. The Xbox version of the game comes with Xbox One X enhancements.

Mortal Kombat is back and better than ever in the next evolution of the iconic franchise. The all new Custom Character Variations give you unprecedented control to customize the fighters and make them your own. The new graphics engine showcasing every skull-shattering, eye-popping moment, brings you so close to the fight you can feel it. Featuring a roster of new and returning Klassic Fighters, Mortal Kombat’s best in class cinematic story mode continues the epic saga over 25 years in the making.

According to the recent leaks, MK 11 Premium Edition comes in a steel-book case with 6 characters and 6 Battle Passes. This information appeared on GameStop Italy’s site and now has been removed.