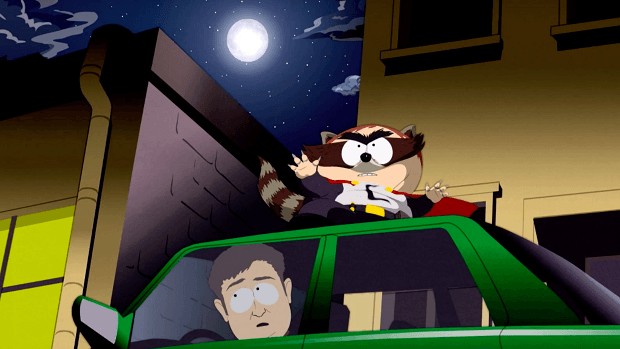 The Combat Farts work the same way that they did during the previous iterations of the game. This South Park: The Fractured but Whole Time Farts Guide will tell you how you can get all of the Combat Farts easily.

Combat/Time Farts are spells, which you can use for a special purpose. They can be used for a lot of different things and although most of them are easy to unlock, one of them can be a handful.

TimeFart Glitch
By the time of story mission of “The Bowels of the Beast”, you will unlock TimeFart by eating an Enchirito after pursuing Classi through The Peppermint Hippo.

During combat, TimeFart Glitch will abandon an enemy opportunity, but in free roam it rewinds objects and living things back to their previous state.

TimeFart Pause
During the story mission of “Medicinal Fried Fiasco”, you need to build a Cheesy Shrimparito. To get the ingredients, Fartkour on the roof of Skeeter’s Wine Bar to locate Skeeter’s Roof-Aged Cheese. Later buy the Super Spicy City Shrimp from City Wok.

Go to the Medicinal Fried Chicken and complete the options to unlock this TimeFart Pause. During battle, TimeFart Pause lets you do number of free hits on your opponents, while in free roam it reduces threats momentarily harmless so you can go through them.

TimeFart Shift
In story mission of “The Many Asses of Dr. Mephesto”, you will unlock this TimeFart Shift by using the fan located outside the Mephesto’s Genetics Lab to progress time to the evening.

The TimeFart Shift can be used to shift between day and night, but only possible when used in combination with an operational fan.

TimeFart Summon
The first three Combat Farts are very easy to unlock in the sense that you can get them by playing the game and completing the main story missions. The fourth one can be trickier so this guide tells you how you can get the TimeFart power.

To get the TimeFart power, you need to craft and eat the Chocolate Memberito.

First of all, go to Freeman’s Tacos and get the recipe for the Chocolate Memberito which will cost you 30 dollars. After this, you will need three ingredients. The first ingredient known as Tortilla can be purchased from Freeman’s Tacos for 0.25 dollars.

The second ingredient is Ms. Cartman’s Double Stuffed Brownies. To get your hands on them, you need to complete her side quest known as ‘Vigilante marketing’. Start the quest by visiting her in Cartman’s House.

The last ingredient is known as Memberberry Juice. To get a bucket of this, get the Memberberry Farms Juicer Crank, which is found on the top of Skeeters Wine Bar.

Get to the top and push the fireworks to the right before detonating them.

Now collect the crank from the wrecked dumpster and use it on the juicer barrel in Hillvale Farm. Once you have all three ingredients, craft the Memberito and eat it to unlock the last Combat Fart.