Demo Discs are Coming Back With PSVR, That Will Contain 5 Minutes Of Awesomeness 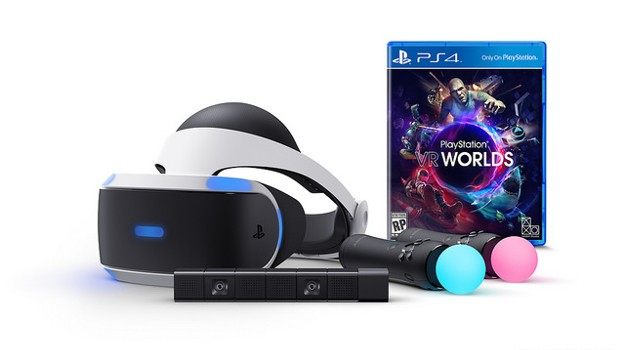 Once upon a time before all of the game demos became digitally downloadable, the demos used to come on discs. Fans of the original PlayStation will certainly remember it, and PSVR is bringing the demo discs back.

Senior Research Engineer at PlayStation’s Magic Labs, Richard Marks, revealed it during Games Beat 2016. Talking about how Sony will sell its upcoming headset to consumers, Marks mentioned there are two major ways Sony Interactive Entertainment is trying to do that.

Also See PSVR Exclusive Title How We Soar Lets You Ride A Giant Phoenix in Papercraft Art Style and Until Dawn Rush of Blood Gets New Horrific Screenshots.

The first method is a demo disc that will come along with PSVR, and will contain 5 minutes of playable sections of the upcoming games developed for PSVR.

Demo disc were quite popular to releasing game demos before the previous console generation. The demo discs went extinct once concept of downloadable demos was introduced. However, it is interesting to see that Sony is bringing them back.

Marks himself admitted that it is kind of an old thing, but the demo disc will be vital quickly show off highlights of games to friends. According to Mark, the demo disc will contain five minutes of awesomeness which will be enough to sell the headset.

In related news, Shuhei Yoshida revealed during Sony PlayStation’s ACGHK 2016 VR presser that PSVR games will not necessarily require PlayStation Neo. Yoshida said that all the games that were showcased during the show were running on standard PlayStation 4 units.

PlayStation VR is scheduled to hit the storefronts on October 13, 2016 and the headset is also available for pre-order. This virtual reality headset is priced at $399.