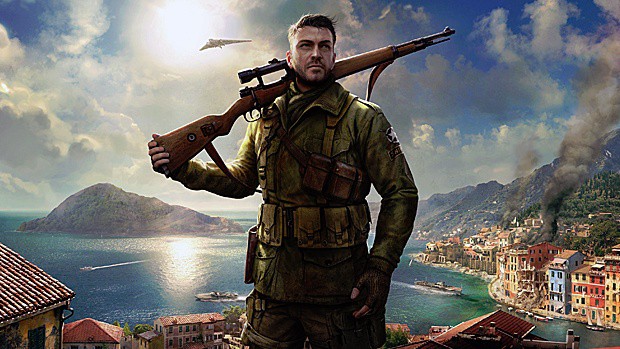 With six titles to its name in the past decade, Sniper Elite 4 arrives as proof that the tactical-stealth series is yet to deteriorate.

Standing proudly on the shoulders of its predecessors, Sniper Elite 4 offers the same glimpse through a dusty old scope while perched high above in an abandoned rocky tower. Without any profound changes or additions, Rebellion Developments has managed to refine the same brew of simplistic gameplay mechanics into yet another delicious meal.

Take Sniper Elite 4 as the next natural step in the growth of the series which may yet evolve into something outstanding in the future. At present, the new game refuses to deviate from the same path that was walked by previous installments. But that’s for the best and at the end of the day, Sniper Elite 4 guarantees satisfaction in idling back and watching the series’ signature ballistics come into play. 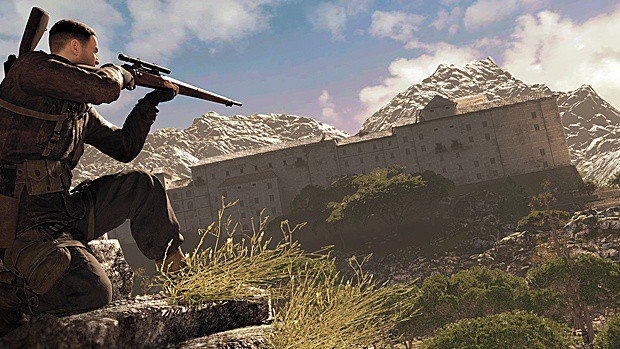 The linear level design was abandoned in the past in favor of a fairly open-world setting. With Sniper Elite 4, Rebellion Developments has further stretched the horizon to feature a beautiful Mediterranean countryside of Italy that is larger in comparison to any level in the series so far.

Thankfully, the expansive sandbox is not just for show. Each map is brimming with activity, collectibles, and objectives waiting to be fulfilled in any manner and order you desire. The varying landscapes make it so that there is benefit in actually scouting for a suitable position to lay low in or an advantageous sniping position from which to take out as many fascists as possible.

You’ll regularly find yourself turning to your binoculars to mark patrolling enemies and objects of interest. This aspect proves vital in certain scenarios, especially if there is a need to create a diversion or lure enemies into traps.

The interactive environment helps in this regard. Turning off a generator will catch the attention of an engineer, leading to a close and personal skirmish. There is severe pleasure in shooting a winch to have it drop its heavy cargo on multiple unsuspecting enemies. There is even more grizzly fun to have by exploding an ammunition cache from 400 meters away, forcing all nearby enemies to get out of cover and into your cross-hair.

There is creativity to play with in the fulfilling level design of Sniper Elite 4. You don’t have to bind yourself to a tower or move across to the other side of the land just to scale a cliff. 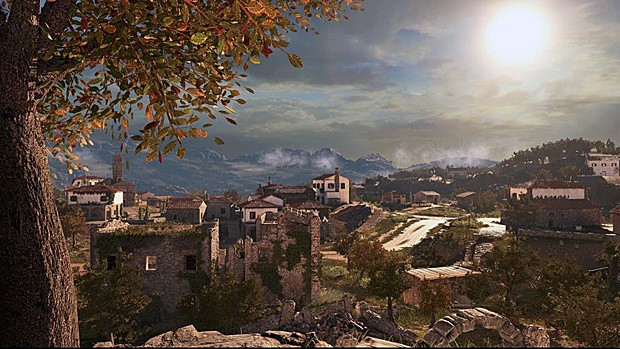 The enemy AI is significantly improved over its predecessors, or at least the ones who are alive since looting corpses is fairly clunky in the game. At the first sound of a gunfire, enemies in a certain range will attempt to triangulate your position. Remain in the same area and you’ll find yourself surrounded. Patrols under the leadership of officers will be commanded to flank your position or overwhelm you with reinforcements.

That being said, it is still not too difficult to fool the system. At several instances I simply retreated around to the backs of the advancing enemy lines to silently pick them off one after another. Additionally, the stale formula of taking out curious targets is still present. Kill one and wait for another to arrive on the scene. Kill him next while he is examining the body and wait again for the next one to arrive.

It would be more prudent to play on the hardest difficulty setting which strips the game off every handy assist. This doesn’t make the enemy AI more challenging. Rather, it makes your play-through all the more strenuous which is not a bad thing at all. 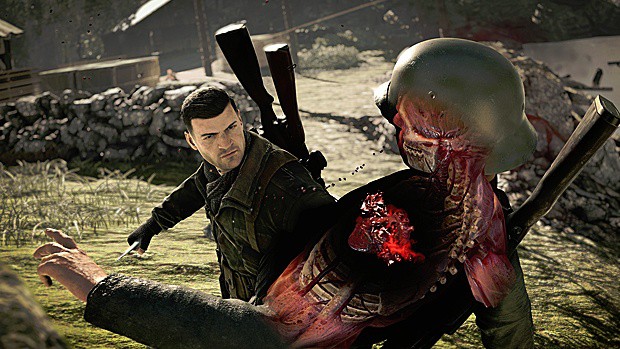 Coming over to the slow-motion kill-cams, Sniper Elite 4 once again features glorious anatomical sequences of shattered skulls, blown out eye sockets, dismantled jaws, ruptured scrotums, snapped spines, and more. This time, though, the morbid mixture of gore is in even greater detail. Exploding fuel drums not only incinerate the flesh but also disintegrate bone fragments throughout the body of a Nazi villain.

Sadly, all these exciting avenues of gameplay are housed under a completely forgettable plot that only pokes at remembrance during short cut-scenes in-between chapters.

World War II is seeing the creation of yet another super-wonder-weapon that has the potential to shift the tide of battle. Naturally, there is only one person on the planet capable of stopping their evil plans, and that is you.

Seldom do you find useful narration during gameplay that hints at the story-line’s progress. Perhaps that is on purpose, and Sniper Elite 4 still does well without a solid story to back. 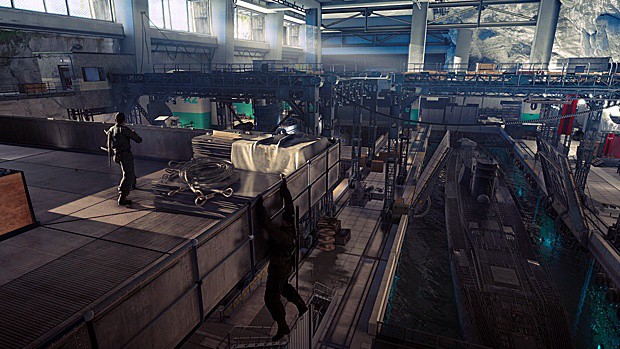 At its core, Sniper Elite 4 is a generic World War II shooter but one which looks and plays good. Every kill has a story to tell, and any shackles that the series had in the past have been ripped apart to give players the freedom to keep shooting.

Rebellion Developments has seemingly taken slight elements from other great stealth titles and sprinkled them over Sniper Elite 4 to give the game a mild shine.

Hit'em in the balls!