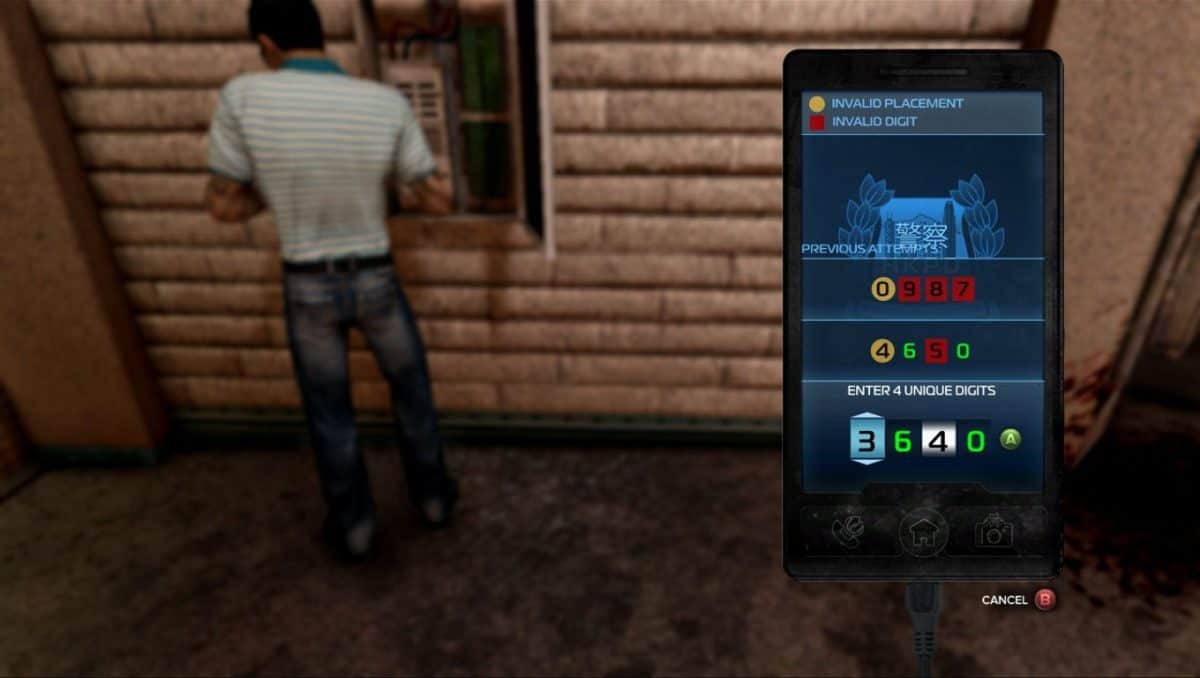 Spy Cameras in Sleeping Dogs is just another tool that can be used by the protagonist to aid the Hong Kong Police in busting the drug dealers in Hong Kong. There are 26 Sleeping Dogs Spy Cameras Locations that you can hack to unlock Hong Kong Super Hacker achievement or trophy.

To hack these security cameras, you will either need to make it appear on your mini-map or follow the exact directions from the video. Each of these cameras is connected to a control panel which can be found near the camera.

Start with smaller digits and continue until you have found an accurate digit. After finding the accurate digits, you can experiment with the placement to find the correct placement before moving on.

Identify the drug supplier and call-in a raid to get him arrested. Drug Dealers are mostly marked by an arrow placed above their heads while most of them can be found wearing black suits.

Mark the target using the left-right thumb sticks and press the action button to call-in the raid and had the suspect arrested.

After you have arrested the supplier, the mission will end, and you will receive the rewards. Hacking Spy Cameras will not only get you achievement or trophy, but it is also a fast way to earn extra cash and increase your Cop Experience. You can use money and experience to unlock upgrades and improve abilities.

A helpful tip: Dating Not Ping is a good idea prior to setting out on an adventure to bust drug deals. Dating her allows you to see the location of all cameras on your minimap.

There are four areas in Sleeping Dogs with the corresponding maps to find the spy cameras (The mini-camera like symbol on the map indicates spy cameras):

Each area has a set number of spy cameras, so I will recommend, complete one area and then move forward. Once you have found all spy cameras in Sleeping Dogs, you will unlock Hong Kong Super Hacker achievement or trophy.