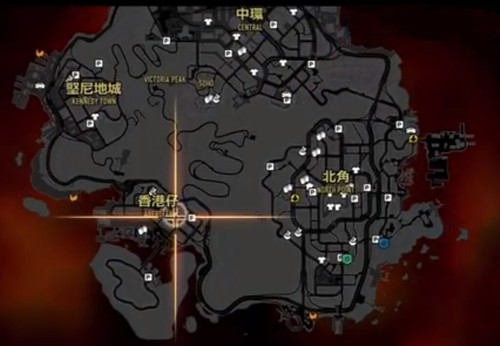 There are around 100 lock boxes hidden throughout Hongkong in Sleeping Dogs scattered through its four areas – North Point, Aberdeen, Central Area and Kennedy Town. Finding all Sleeping Dogs Lockboxes Locations in these areas will unlock scavenger achievement or trophy.

Unlike health shrines, Lock boxes are your secret stash in Sleeping Dogs; they not only provide you with valuable items like clothes.

You can either find them by following the directions in the maps below or by watching the videos that proceed with them. Finding the Lockbox is not your only problem, some of them are locked and require you to open them, making it a two-step process just like in case of Spy Cameras.

Lock boxes in Sleeping Dogs are often found glowing, making them easier to spot once you are searching the right area.

Although you will find most of them in while exploring the city, some of them are difficult to spot while for some you will either have to go to the rooftops or in the sewers.

If you find a lockbox that is locked, you will need your Skills and Gadgets to unlock it. For more help on Sleeping Dogs, read our Jade Statues Guide.

How To Unlock a Lockbox
When you find a lock box that is locked, you will need your phone to find the combination required to open the case.

Move your left thumb stick slowly while watching your phone’s display. You need to match the three numbers in order to open the lock box.

When you are close to these numbers, the blue line on phone’s display will turn yellow indicating that you are close.

Once you have found the correct combination by matching all three numbers, the lock box will open, and you can retrieve its content.

Easy Way To Find Lock Boxes
When you are asked to escort a US, VIP who works in the music industry and wants to visit Hong Kong. Take him to K-Bar, and do what he asks. He will ask you to entertain him with some of the girls in the bar. One of these girls is Ilyana Sweat.

Interact with her and after the mission, give her a call and ask her out. You need to impress her. She is an athlete and likes to work-out so beating her in a race will do the trick. Once you do that, all the lock boxes will be added to your mini-map.

Lock Boxes Map Locations
Note. If you want to find the lock boxes fairly early in the game, follow the directions in the video. Again, rules are simple, it is better to find all the lock boxes in one area before moving to another. Keyhole symbol is the lock box on the map.

North Point
There are 40 lock boxes hidden through in North Point. Unlocking all these 40 lockboxes will reward you with the North Point Scavenger achievement/trophy. 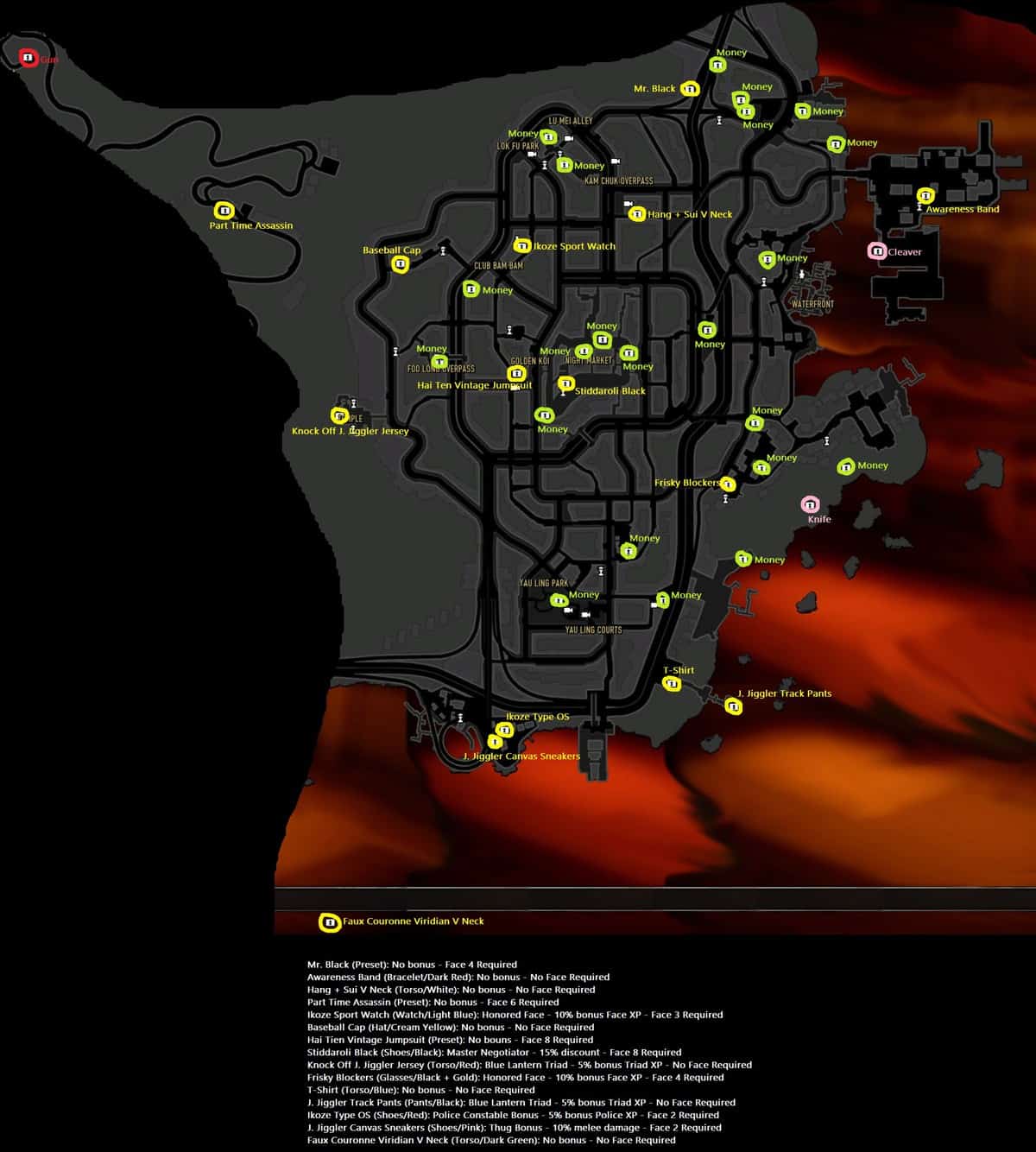 Aberdeen
There are 15 lock boxes hidden through in Aberdeen. Unlocking all these 15 lockboxes along with the 15 lock boxes in Kennedy Town will reward you with the West End Scavenger achievement/trophy.

Below is the map which has all the locations to unlock the lockboxes in Aberdeen. 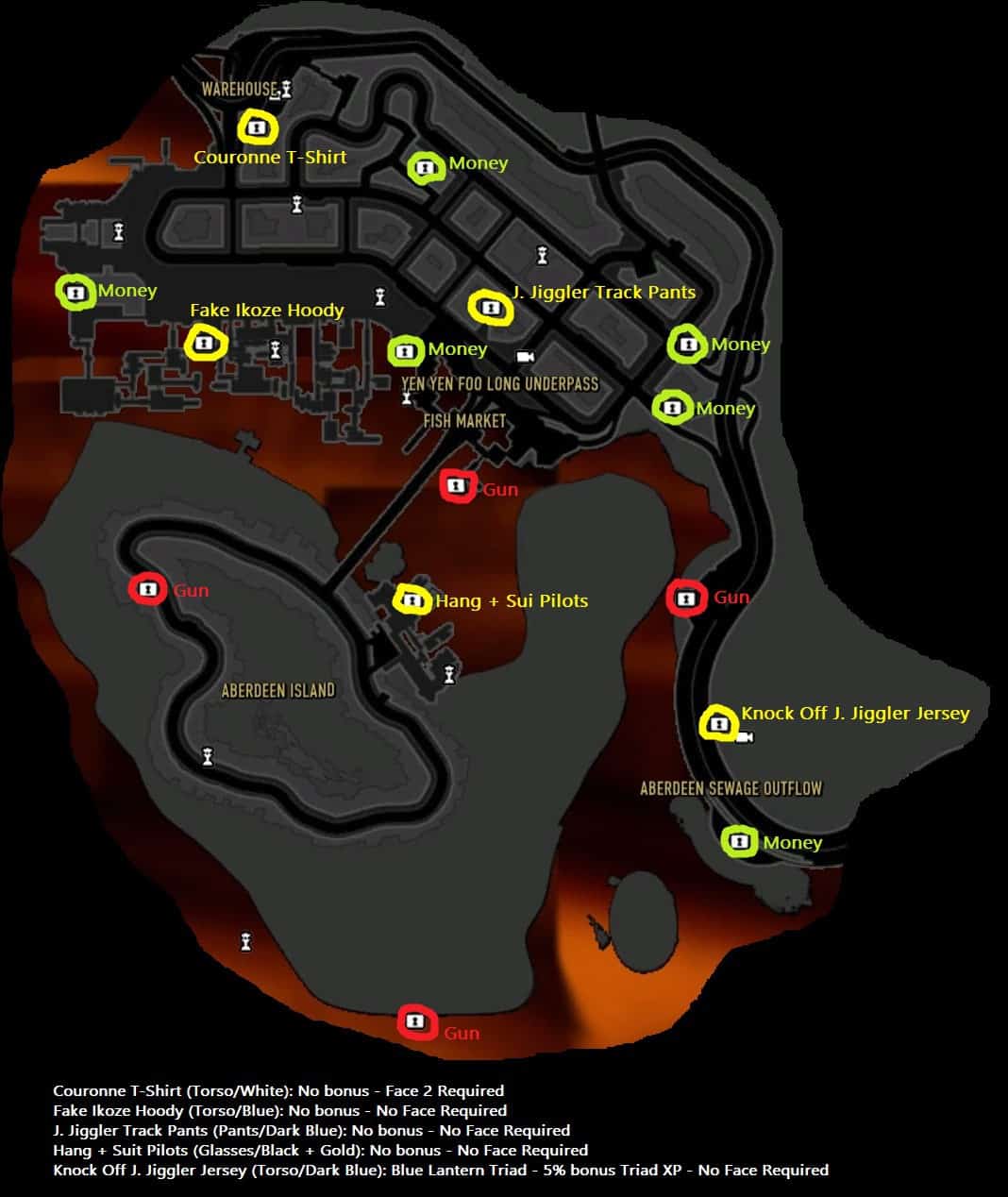 Central Area
There are 30 lock boxes hidden through in Central Area. Unlocking all these 30 lockboxes will reward you with the Central Scavenger achievement/trophy.

Below is the map which has all the locations to unlock the lockboxes in Central Area. 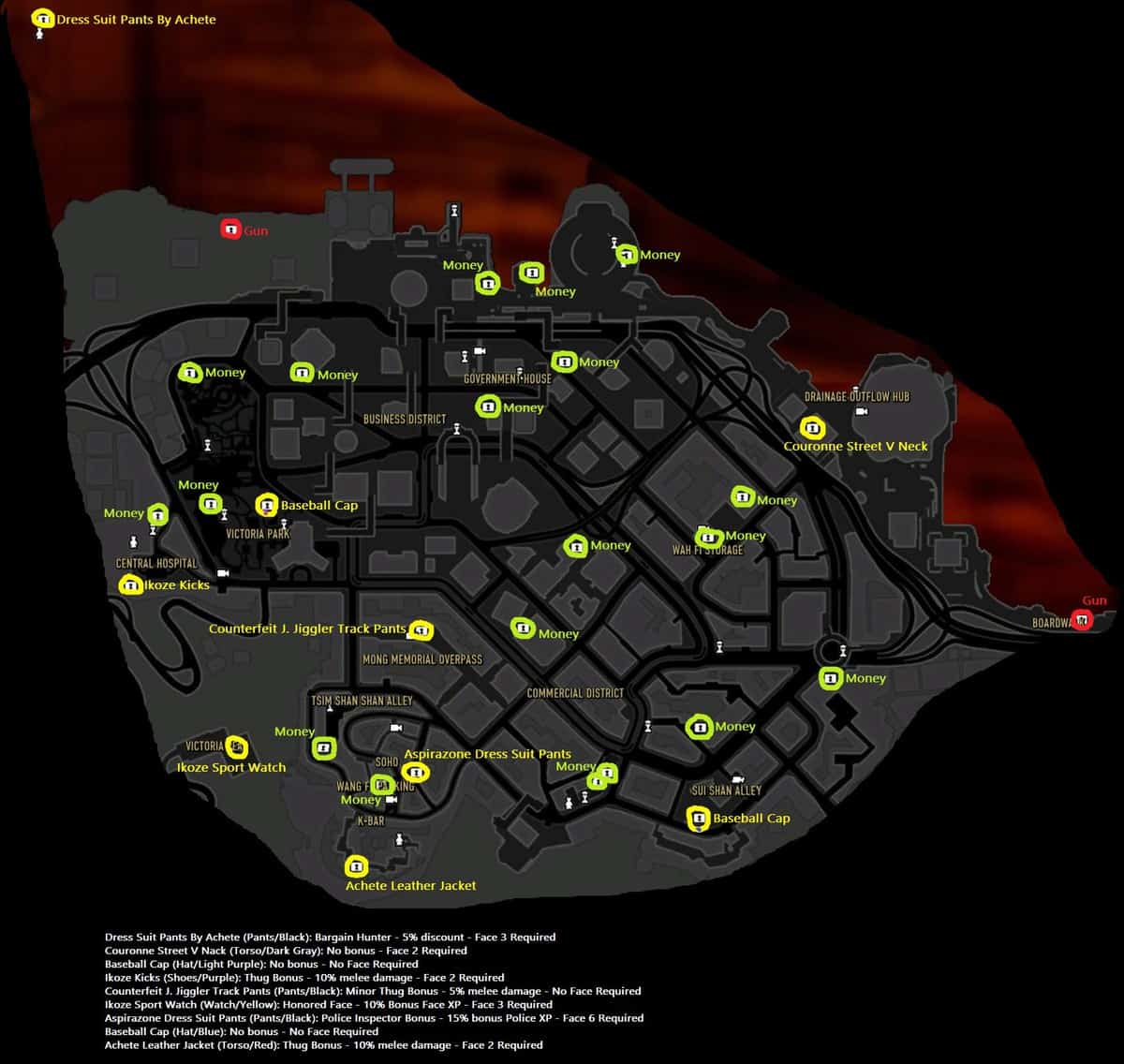 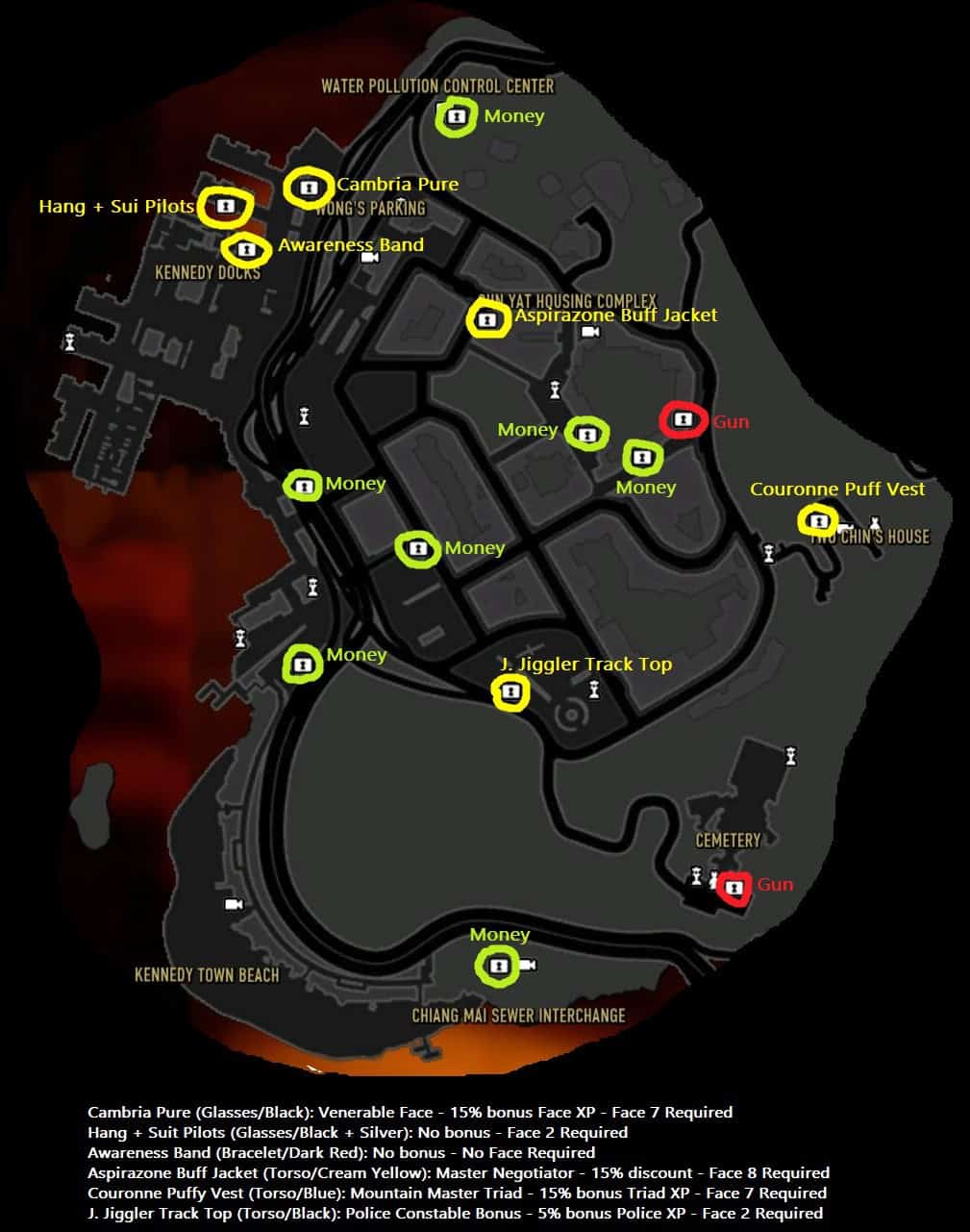