How to Get Wolf Armor in Skyrim 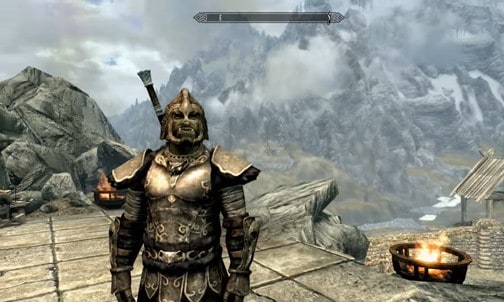 Wolf Armor is a variation of Steel Armor that you find or buy in Elder Scrolls V: Skyrim. It is four pieces heavy armor set that you can’t craft using the Dragonborn. If you plan on acquiring this armor set but don’t know how to do so, then you have arrived at the right place.

We have prepared this guide to give you complete details on how to get the Wolf Armor set in Elder Scroll V: Skyrim.

Wolf Armor is a four-piece armor set with Helmet, Gauntlet, Boot, and Chest Piece. There is no fixed place to find this armor set in Skyrim.

To buy it, you first have to complete the Proving Honor quest. Once that quest is completed, you can head to the Eorlund Gray-Mane in Whiterun to buy this armor set by spending Gold.

You can buy either male or female wolf armor sets. The base value of the full Wolf Armor set is 202 Gold. However, it is not a fixed value and varies with the armor level as you can upgrade it.

You can upgrade it using the Steel Ingots at the Workbench. The Steel Smithing perk will help you significantly improve this armor stats.

You can find some armor set pieces like armor and boots during the Companions questline. Senior members of The Companions wear these pieces.

The only way to get them is by looting them from the corpse of the senior members or taking them out yourself.

The two Companion members who wear this armor are Vikas and Skior. During The Silver Hand Companions quest, Skior will die, and you can collect the Wolf Armor pieces from its corpse.

If you are looking for the armor piece, you can use Wolf Armor 000CAE15 ID at the console to spawn it.

Below you will find the base stats of all the Wolf Armor Set pieces in Skyrim.

You can also spawn the wolf armor set in Skyrim by using the console commands given below.

To spawn Wolf Armor in-game, you can use the following console command.

You can use the following command to spawn and place Wolf Armor pieces in front of your character.

The following are the complete commands to spawn the wolf armor pieces in Skyrim.

Elite Wolf Armor mod is a whole new armor set mod supported by both genders. It is a craftable item that needs Steel Smithing Perk, and upgrading will take it to a new level. As far as the compatibility of this mod is concerned, you can use it on most of the game versions.