How to Get Iron Armor In Skyrim 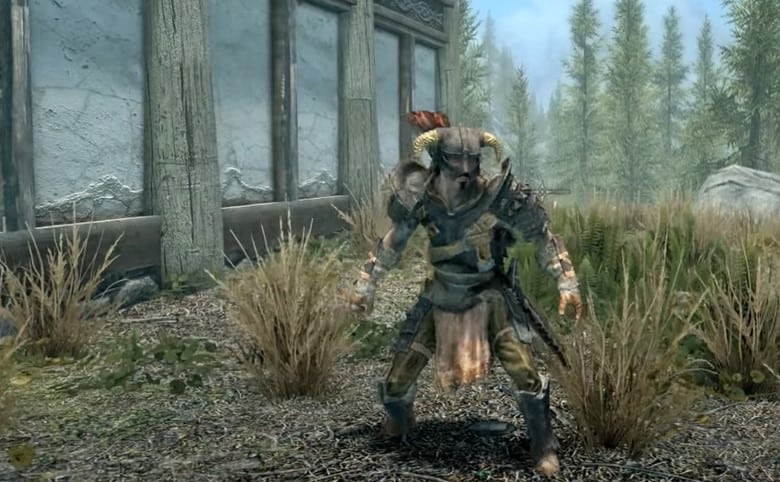 There is another stronger version of the Iron Armor named Banded Iron Armor. It has two pieces of armor: Banded iron Armor and a Banded iron Shield. Read this guide to learn about all the locations where you can find the Iron Armor in Elder Scrolls V: Skyrim.

The first location where you can find the Iron Armor is in Riverwood village. This village has the house of Alvor and Sigrid after the bridge. You can find a full set of Iron Armor including shields, gauntlets, boots, and chest pieces inside the house.

These pieces are not at any one place in the house. Collect each one and take it upstairs away from the house inhabitants. This is because you are stealing the Iron Armor and you must be discrete about that from the people.

There is an ancient Nordic tomb called Shroud Hearth Barrow. It is located in the city of Ivarstead. You will full set of the Iron Armor behind the sarcophagus that can easily be opened by the lever. You will visit this location while doing the quest, Lifting the Shroud.

In the city of Karthwasten, you can also find some pieces of Iron Armor. These can be found inside the Karthwasten Miner’s Barrack which is the house of Belchimac, Lash gra-Dushnikh, and Ragnar

Iron Armor has two variants in Skyrim. These variants are Banded Iron Armor and Ancient Nord Armor. Both armors along with Iron Armor can be bought from the Creation Club for 100 Credits each.

Ancient Nord Armor is the second variant of the Iron Armor that belongs to the heavy armor class. Strength-wise, it is very similar to the parent Iron Armor. The Ancient Armor pieces include boots, gauntlets, and helmets but not the shield.

Unlike the Iron Armor, Ancient Nord Armor benefits from the Deadric Smithing Perk when upgrading. You can use this perk to double the upgrades.

Just like any other heavy armor, you can craft Iron Armor at the blacksmith forge. The different thing is that you will not need any smithing requirement to forge Iron Armor. You will need the following items to craft the Iron Armor:

Once you have crafted the Iron Armor, you can upgrade its level with the help of an iron ingot. The Banded version of Iron Armor can also be upgraded with Corundum Ingot. The only downside is that you cannot benefit from the Smithing perk while upgrading.

You can upgrade the Iron Armor to higher levels with Iron Ingot. Once you have upgraded the Iron Armor to the 100 level, you will be rewarded Legendary Status. This cannot be easy to achieve because Iron Armor does not benefit from the Daedric Smithing Perk.

Real Iron Armor mod allows you to use Iron Armor as a standalone armor piece. That means you can wear any iron armor piece without having to wear the whole set. The standalone does not however apply to the Iron Shield.