Shadows of the Damned Director Still Believes in New IP 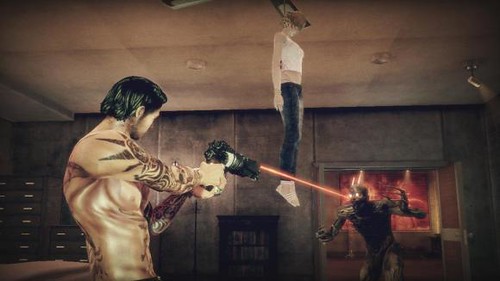 Massimo Guarini recently sat down with GameSpot to talk about the need to pursue the new ideas, his experience working with Suda-51 and Shinji Mikami, disappointing sales of Shadows of the Damned, and his new studio Ovosonico.

Shadows of the Damned, Massimo’s recent game, was the product of some of the finest talent in video games industry with Suda-51 and Shinji Makami on board, so it got great critical reception from the media due to its unique take on the excessively saturated shooter genre.

But after launching in June has still not managed to convert its great critical success into sales. While Massimo was surprised by the low initial figures, he never thought the title would be a million-copies seller.

Quite frankly, I’ve never expected Shadows of the Damned to be a million-copies seller. We knew we were creating a niche title targeting a specific market. However, I definitely expected to see bigger figures than the ones I can see now.

He explained the reasons why this great gem still hasn’t got the proper attention it deserved and why the company couldn’t market it to the mass audience.

Shadows of the Damned had a very long gestation. Before I joined Grasshopper, the game had already been in production for about 16 months. Original IPs developed with the traditional business model represent a huge risk and require big investments for appropriate promotion. Unfortunately, because of our excessively long development schedule, we couldn’t get a big enough promotion budget to reach out to players in an effective way. Too many people didn’t even know about the game’s existence, but when friends and word of mouth dragged them in, they simply loved it.

Even with the lack-luster commercial success of a new IP like Shadows of the Damned, Massimo Guarini still believes the future lies in creating New IPs.

The difficulty of launching new intellectual properties today is the obvious sign an era is ending. We are approaching the end of a cycle. On the contrary, the ability of launching new intellectual properties will actually be the industry of tomorrow. There is no market in the world that I am aware of that can survive without the constant injection of fresh, new products.

You can read the rest of the interview at GameSpot for insights on the differences between Japanese and Western games development culture, his new studio and more.

Note. If you are among those, who have Shadows of the Damned in their buying list, make sure you bookmark our walkthrough, weapons and items, and red gems guide.