Shadow Of The Tomb Raider Roadmap Revealed, No Gameplay Before E3

With the game’s announcement, it was confirmed that Shadow Of The Tomb Raider will be revealed on April 27. However, we weren’t expecting everything in CGI. Fans wish to see gameplay but that won’t be happening until E3 2018, as confirmed by Square Enix.

Microsoft released the trailer for Shadow Of The Tomb Raider on 27 April and there wasn’t any gameplay instead just CG graphics. Though everyone got a decent look at in-game screenshots and learned about the pre-order of the game. You can check our guide here which will guide you through the whole process and everything you need to know about the pre-order editions.

According to the game’s roadmap, Shadow Of The Tomb Raider gameplay is set forE3 this year. The Mayan style calendar includes all the events scheduled from gameplay at E3 to downloadable content going further into 2019. 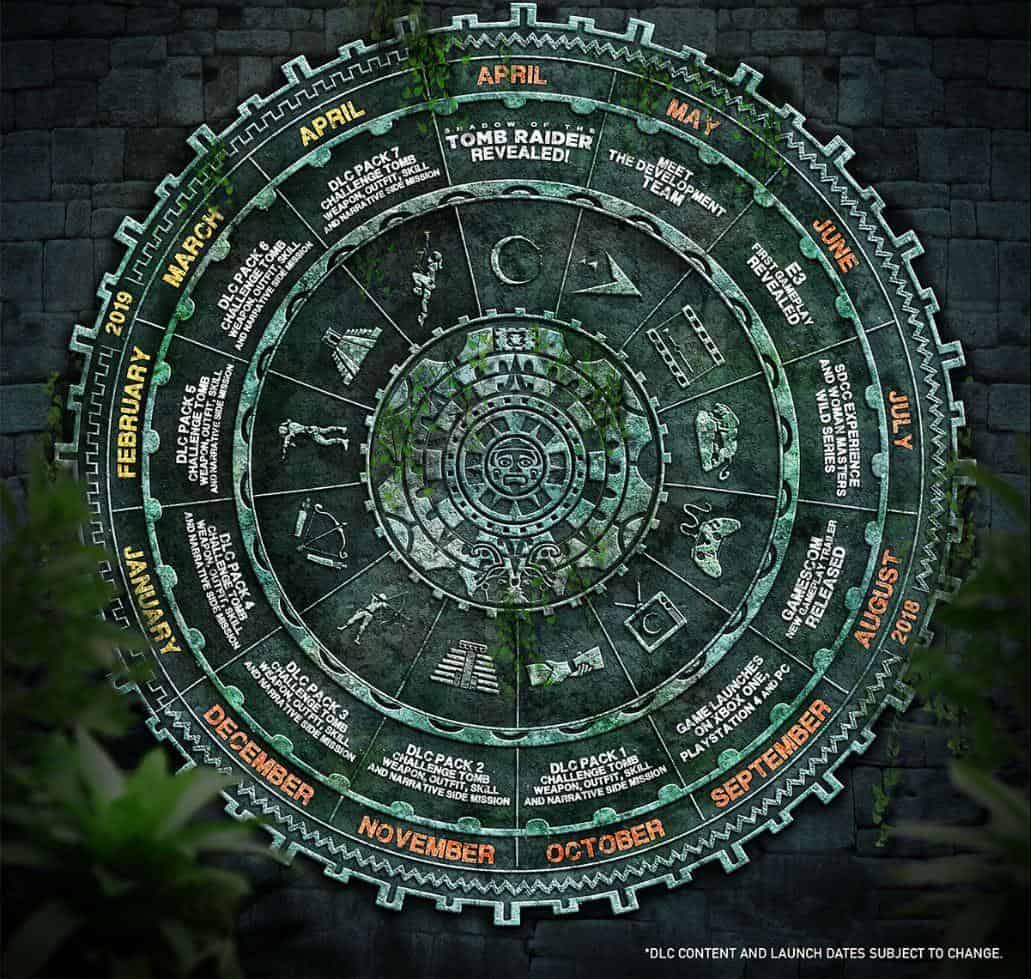 As shown in the picture above, the next big stop will be the E3 2018 and then another trailer is dropping at Gamescom, and finally the release of the game on September 14. Expect a monthly DLC until at least April 2019. According to the Mayan Calendar, each DLC will include at least one new weapon, outfit, skill, and mission.

Square Enix choosing to reveal a pre-rendered trailer makes us think that the gameplay might not be ready for the public eye just yet.

In the new game, Lara Croft looked stunning and ready like ever before. She’s seen on a journey exploring the world and killing those who interfere. Her intentions are not so clear and interestingly, the Lead writer said ”we may often see Lara as the enemy’,” which is something that is open to interpretation at this point.

Shadow Of The Tomb Raider will release on September 14 for PS4, Xbox One, and PC.