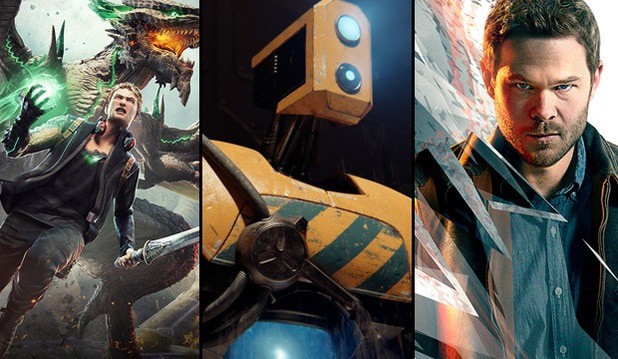 After months of speculations, Remedy finally confirmed that previously known-as-an-Xbox-exclusive Quantum Break will also launch on Windows 10 in April 2016.

The confirmation further reinforced the idea that almost every Xbox One exclusive (Ryse: Son of Rome, Dead Rising 3, Killer Instinct) will eventually launch on Windows 10 PCs since Microsoft wants to carry both platforms forward.

Confirming the PC version of Quantum Break, GameSpot accidentally confirmed that QB is not the only Xbox One exclusive which will eventually find its way to PC – hint: Gears 4, ReCore, Scalebound. The portion of the article was quickly amended; this is what it said:

Quantum Break’s PC edition is the latest in Microsoft’s wider push to expand its games across console and PC. Games currently in development for both platforms include Gears of War 4, ReCore, Scalebound, and Fable Legends.

AllGamesBeta was also quick enough to take a screenshot of the said portion from the article which can be seen attached below: 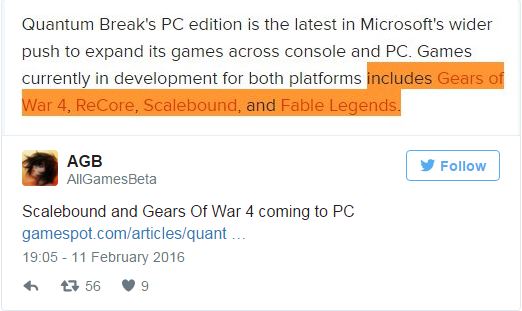 Remedy and Microsoft has also announced that everyone who will pre-order Quantum Break on Xbox One before Apr. 04, 2016 will get a free copy of the PC version of the game.

This is evident that Microsoft is trying hard to carry the two platforms forward. This year’s E3 might bring some pleasant surprises, don’t you think?