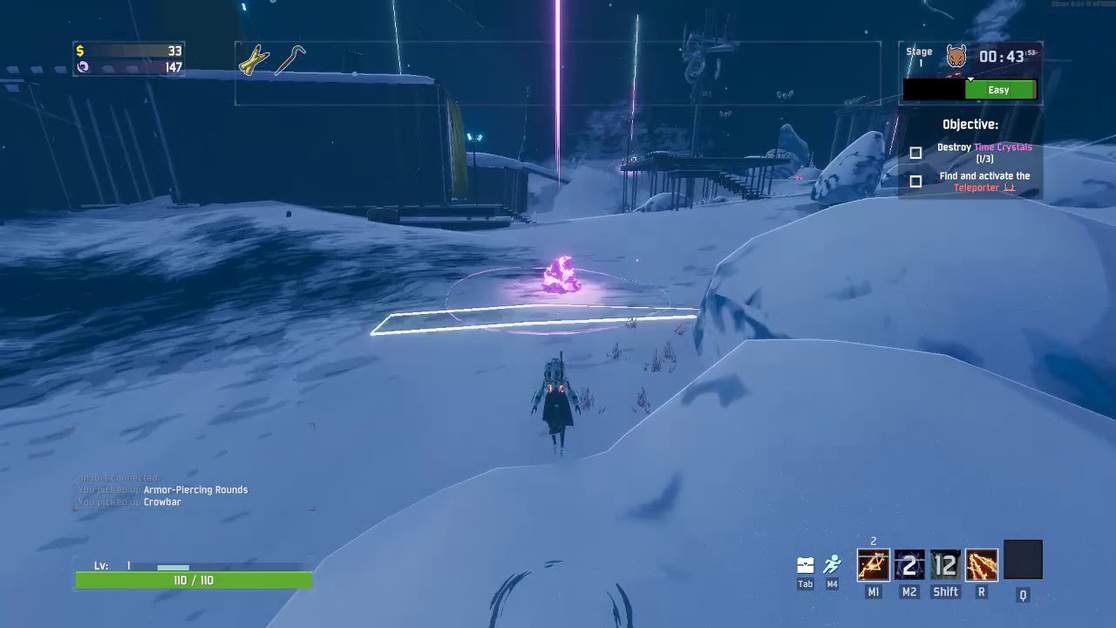 This Risk of Rain 2 Artificer Guide consists of all the abilities and skills related to the character Artificer, learning which can help you control Artificer in a better and more convenient way.

Artificer is a pretty difficult character when it comes to managing her cooldowns of all abilities and the zero survivability in her kit.

However, there still is some hope with her if you properly understand all her abilities, keep them in mind and make strategies accordingly.

Artificer, like her fellow survivor Loader, is a burst class. That being said, Artificer can also become a boss buster if all the abilities are utilized strategically to minimize the cooldown delays and maximize the already high damages.

How to Unlock Artificer
You can unlock Artificer by completing the challenge “Pause”, in which you have to free the survivor suspended in time, collect 11 Lunar Coins and find a new Altar.

After that, pay one coin to spawn the blue portal once the teleporter is charged 100%.

ENV suit is Artificer’s passive ability which is pretty much defensive. This ability lets Artificer hover in the air by holding the jump key.

Be sure to use this ability every time you need to dodge opponent’s strikes since this is your only way out.

Besides, Artificer has also a Snapfreeze as utility skill and Flame thrower and Ion Surge as special attacks.

However, all of these abilities have huge cooldown periods and hence you may only use them once you have the perfect most shot and chance.

The following builds have been molded in order to fulfill all the weaknesses of Artificer. You may choose any of the following on the basis of your personal play style:

As we know that when it comes to mobility and defense, Artificer lacks quite a bit. These holes can be filled in by using Energy Drinks and adding items such as Personal Shield Generator and Wax quail.

The best way to carry on this task of enhancing Mobility and Defense abilities is to start building these traits very early on. You can then add further Damage abilities later on.

Hence, you should be adding Mobility items such as Energy Drinks, Paul’s Goat Hoof, Hopoo feather, etc since the very beginning.

Next, you should be adding Defense items and abilities like Tougher Times to block attacks.

You may also add Infusion which increases Artificer’s health, Backup Magazine which gives multiple Nova-Bombs and Primordial Cube which creates a perfect combo with Nova-Bomb.

For damage, add Fuel Cell to add charges to primordial, Gasoline to kill many enemies in a single hit and a Crowbar to increase the damage dealt to Bosses.

Another pretty insane build can be set for Artificer, making her quite mobile and highly damaging. Here are the items that you need to have in this build:

Backup Magazines
Your top priority while setting up this Build should be the Backup Magazines since it eases off the load off your shoulders by giving multiple spears.

Paul’s Goat Hoof
This is a much-needed item as it lets you move fast without sprinting because sprinting cancels the flamethrower shooting.

Bandolier
Bandolier is also a pretty good item considering that there is a chance on kill to drop an ammo pack that resets all skill cooldowns.