Rise of Tomb Raider Coming to PS4, Listed By Amazon 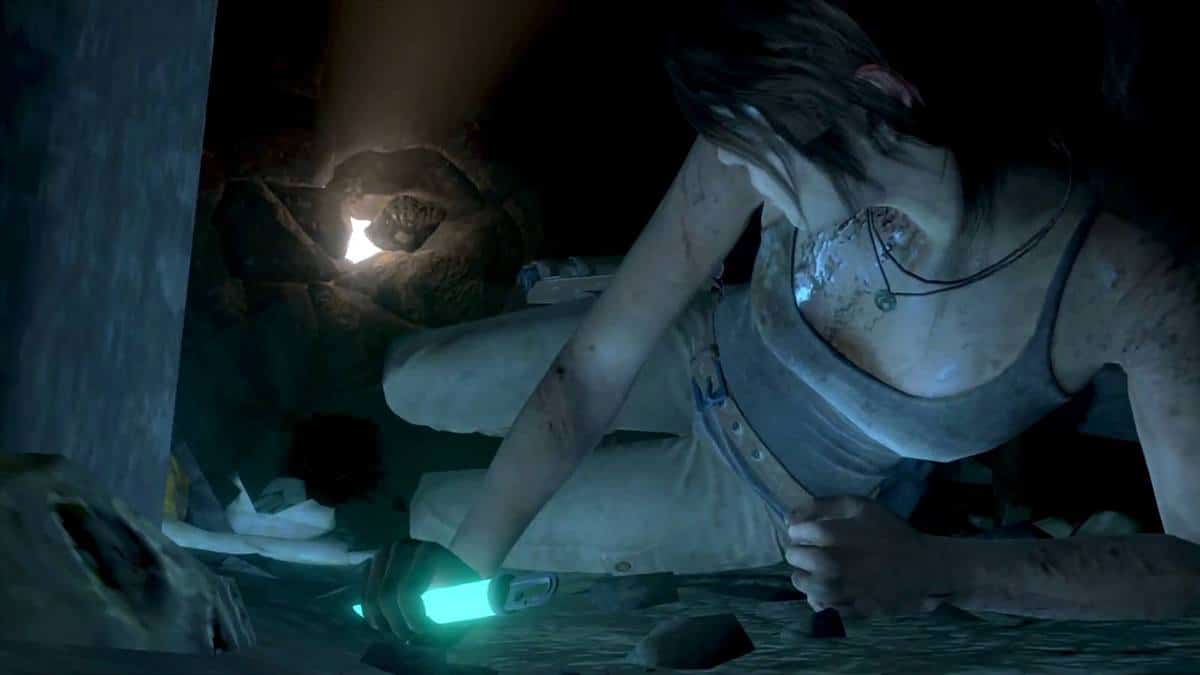 Amazon has just listed Rise of the Tomb Raider on PlayStation 4. It has been a long time coming and now it looks like it is finally happening for Sony fans. 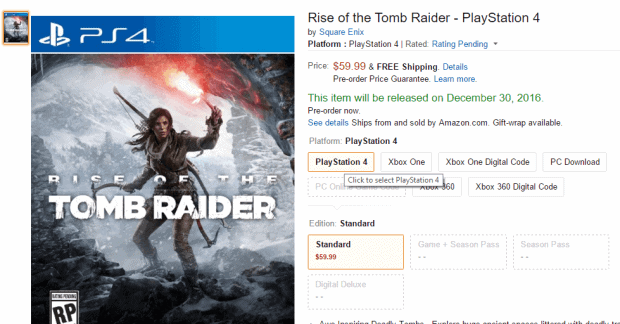 The game has so far only been listed by Amazon, there is such no listing on Game.Co.UK and GameStop at the time of this writing. It is listed with a placeholder release date of December 30th on Amazon.

Rise of the Raider released as a Xbox One exclusive late last year. The game released on PC yesterday and as you can see, it could soon be heading to PlayStation 4 as well. Developer Crystal Dynamics apparently had a deal with Microsoft which required them to keep their mouths shut regarding the PS4 and PC versions.

Fans weren’t happy about the silent treatment, but it was pretty obvious that the game will release on Sony’s machine. So far we don’t know when exactly Rise of the Tomb Raider is coming to PS4, but presumably it won’t take long now.