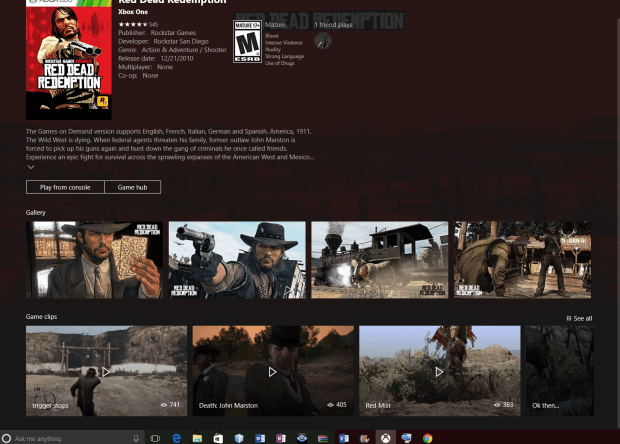 For a while now we have known that Red Dead Redemption will be backward compatible for Xbox One. However, Microsoft didn’t share its release date.

But it looks like it will come to Xbox One soon. Xbox App Store has listed Red Dead Redemption as backward compatible for Xbox One. This means that Xbox One users may soon be able to play this classiC Rockstar game.

Red Dead Redemption released in 2010 for consoles. There are rumors of Red Dead 3 but so far Rockstar hasn’t shared any details on their next project, so we can only speculate.

Red Dead 3 or Red Dead Redemption 2 is rumored to be the next Rockstar game but there are fans who would like to see the return of Bully. The developer is now done with Grand Theft Auto V and can fully shift to a new project. What will that be? Only time will tell.

Would you like to see Red Dead 3 from Rockstar next? Or is there another franchise you have in mind? Share what you think in the comments below.