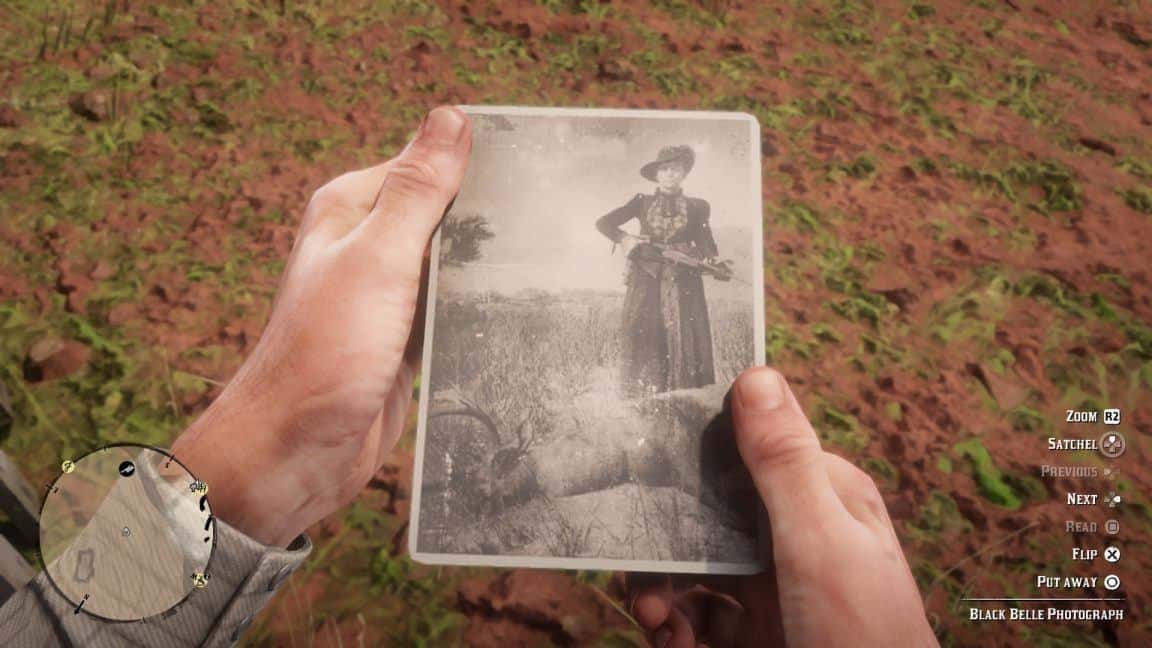 There are many Stranger Missions, but one stands out for its length and because, well, it’s the first Stranger mission you receive. In our Red Dead Redemption 2 gunslingers guide, we walk you through your encounter with each gunslinger and successfully complete that duel for money and unique pistols in rewards.

You will have to defeat multiple gunslingers in duels during Gunslingers Stranger Mission. This guide walks you through the entire mission from start to finish.

To start The Noblest of Men, and A Woman Stranger quest, you will need to head to Keane’s Saloon in Valentine. Talk to the biographer Theodore Levin to learn about four gunslingers that he wants you to interact with. He will give you four photos as well as a camera which will trigger this Stranger Mission.

For Billy Midnight, head to the Rhodes train station and speak to the clerk at the ticket booth. Hop aboard the train that stops at the station. Head to the bar car and you’ll find Billy right there. Speak to the gunslinger to trigger a chase.

The chase will continue until you end up atop a carriage. A dual will ensue here. You will need to fill your meter first by holding the right trigger on your controller, then trigger Dead Eye and fire. Take a picture of his body and claim his pistol.

Black Belle is found in a cabin at Bluewater Marsh, north of Saint Denis. Once you meet her, she will ask for help with bounty hunters. Detonate the explosives when she instructs you to, then help her in eliminating the reinforcements.

Be careful with the wagon-mounted Gatling gun and quickly kill the individual manning it to make life easier for yourself. Keep the Gatling gun unoccupied and pick out every last enemy. Take a picture of Black Belle and leave.

Head to the farm at Flat Iron Lake. It is located east of Flatneck Station. Talk to him and he’ll ask to clean the hog pen. Pick up the pitchfork and start the dirty work. After the cutscene, place the dynamite on the manure store.

Eventually, you will have to duel with the bloke. Kill him by filling the meter using the right trigger, then fully to trigger Dead Eye.  the collect his weapon. Equip your camera and take a picture of his body.

Flaco Hernandez can be found near Cairn Lake located southeast of Colter. His camp will be guarded by a few men. Instead of fighting them, simply threaten these men and they will let you through, so you can save up on bullets.

You can find Flaco inside the shack. Call out his name with your weapon holstered. A duel will ensue. Fill your meter by holding the right trigger lightly, then trigger Dead Eye and aim for the head. Grab his weapon and take a picture of his corpse.

Once you have the picture of all four initial gunslingers, you won’t be able to carry out the next step until you complete Chapter 4’s story mission called “A Fine Night of Debauchery”. Once you’ve completed that story mission, you can head to the saloon in Valentine and ask about Calloway.

He will tell you to find Calloway and Theodore Levin on the Grand Korrigan riverboat in Saint Denis. Speak to the guard to learn about your final target, Slim Grant.

To get Slim Grant’s location, all the other Gunslingers must be taken out first. Also, you have to be on at least Chapter 4 to encounter him. Slim Grant can be found by heading to the sheriff’s office in Annesburg. Speak to the lawman there, then head to the outlaw camp highlighted on the map, located west of Annesburg near the river. Slim Grant is tied to a tree along with a few thugs that you can easily take out.

Cut Grant free, then take him to your horse. Take him to the designated drop-off location to the northeast of your current location. A dual will ensure after the cutscene. But now, you should know how to fill your meter and take him out. Claim his gun to finish Red Dead Redemption 2 Gunslinger stranger mission – The Noblest of Men, and a Woman.

This concludes Red Dead Redemption 2 Gunslingers Guide and completes The Noblest of Men, and a Woman stranger mission.