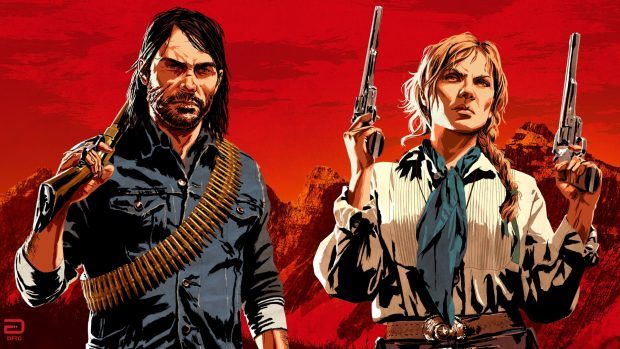 Red Dead Redemption 2 has finally arrived. Many of you may have finished the long story of the game already. But if you are like me, you would want to play the original Red Dead Redemption once again as it takes us back to the beginning of John Marston. That all could come true very soon. A newly discovered glitch in RDR 2 reveals that we are getting a Red Dead Redemption remaster as a DLC in the future.

Yes, that’s right as the glitch tells us something that Rockstar could be hiding from us all. To continue further, we advise you to stop if you haven’t finished the game. Going further, there are some pretty big spoilers coming ahead which can ruin the game for you so please stop.

During the game’s epilogue, you will find yourself playing as John Marston trying to live a quiet life and moving towards the events of Red Dead Redemption. A YouTuber who goes by the name of Elemeno Peah uploaded a very interesting glitch which brings the sound of Jack Marston to Red Dead Redemption 2.

You can check out the video here to see this voice glitch and let us know if it’s really Jack or not.

Obviously, do take this all with a grain of salt. But it’s pretty weird to think why Rockstar would add the voice of adult Jack in Red Dead Redemption 2. That voice can also not be the part of the Red Dead Online mode as none of the players online have a voice. Rockstar is also keeping the online mode restrictive to RDR 2 so it doesn’t make sense.

Considering the number of players that haven’t played the original Red Dead Redemption game, Rockstar could really pull this off and make everyone happier. It’ll be also a dream come true to play the same again but on current gen and with the latest engine which makes RDR 2 look absolutely gorgeous.

We will have to wait as we can’t stop thinking about this possibility.

Rockstar has now released a new RDR 2 and Red Dead Online update. This new update addresses some of the biggest issues with the main storyline and also the bugs in online mode. This new update weighs around 5 GB on PS4.

With this new update, you will be no longer kicked out of the servers when playing online. RDR story mode has also received stability improvements so you won’t get stuck at the loading screen again.