Publisher eastasiasoft has revealed the first gameplay details for Rainbow Skies in a trailer. That’s right on time, as we were wondering about it when the company unveiled their plans for Söldner-X 2: Final Prototype a short while ago.

Its most noticeable upgrade since the original, Rainbow Moon, is a more detailed visuals. It retains the isometric view and saturated colors, but its models have more features, which sort of detracts from its earlier chibi style.

Rainbow Skies will have three protagonists in total: Damion, Layne and Ashly. They’ll go through plenty of fantasy environments and dungeons alike in this extensive roleplaying game (RPG). 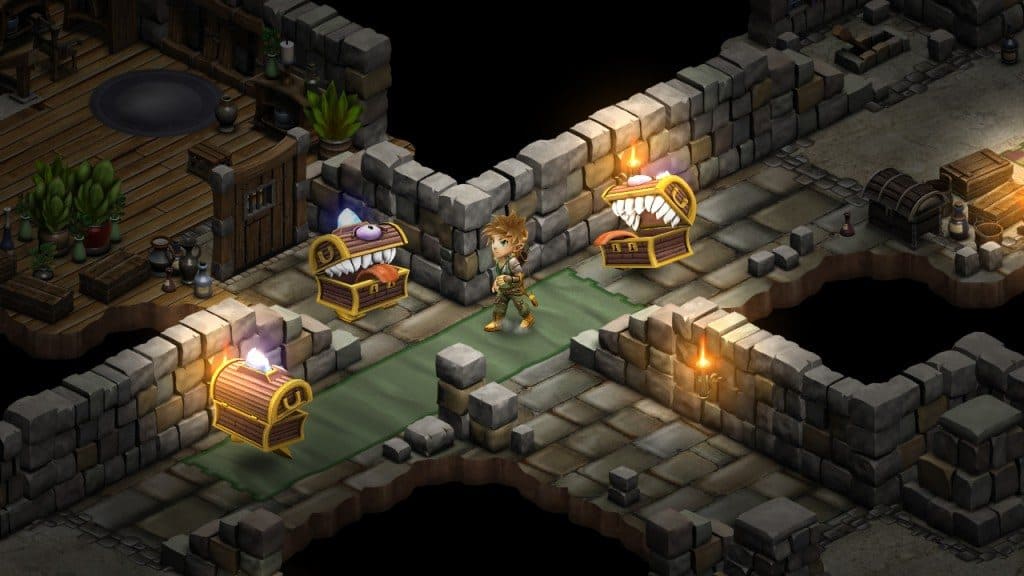 Like its predecessor, monsters will appear on the map itself to prevent random encounters, though the previous version did throw in optional random fights as well.  Combat is done in traditional strategy RPG style, with turn-based commands on a tile grid.

Moreover, Rainbow Skies will allow players to capture monsters and add them to the party. These can then be further raised and improved.

Characters themselves can be upgraded as well to gain more skills, equipment and so on. Different styles fit different characters, such as the usual warrior, archer and so on, giving each their place on the battlefield.

Sadly, given this is the first we’re hearing from any gameplay features, it means that Rainbow Skies is one of those games that slips from its original 2014 goal to an unspecified date in 2015. It will launch for Playstation 3 and PS Vita and run at 60 frames per second with “little to no load times.”