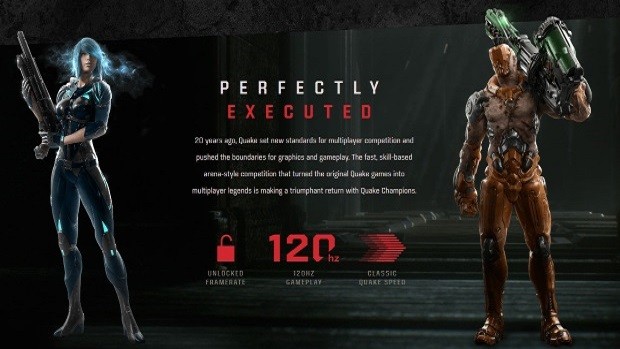 AMD Ryzen is still a new platform and AMD needs developers to optimize games for the platform in order for games to take advantage of all the performance that it has to offer. Id Software CTO Robert Duffy talked about the power that AMD Ryzen has to offer and it has been confirmed that Quake Champions will be optimized for Ryzen and Vega.

This means that games will be able to take advantage of CPUs that have more than 4 cores and 4 threads. This means that we could get something very interesting in the future. As of right now, there aren’t many games that are optimized for AMD but developers are getting on the AMD wagon. Bethesda will also be optimizing future games for AMD Ryzen and Vega.

This is good news for people that have already got AMD Ryzen and people that are interested in getting the AMD Ryzen CPUs but still have not made up their minds yet. It seems that AMD is looking things though and will be able to pull things through with collaborations with other companies like Bethesda and id Software.

Quake Champions should be an interesting game to play. The betas are going on if you want to check out the game before you plan to buy.

Let us know what you think about Quake Champions being optimized for AMD Ryzen and Vega and whether or not you are considering building an all AMD PC this time.