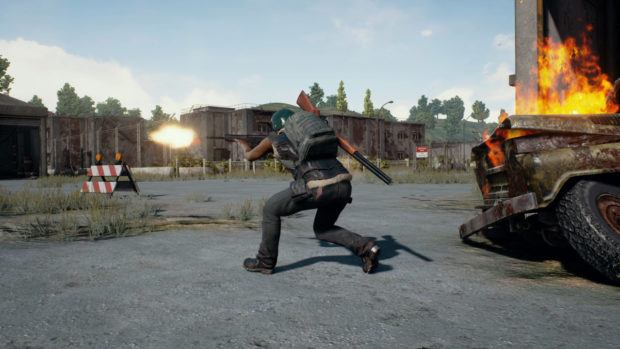 The active community of PlayerUnknown’s Battlegrounds (PUBG) registered more than 600,000 concurrent players yesterday on Steam. Thus, the multiplayer online battle royale can add yet another fancy feather to its cap.

According to Steam Charts, a third-party application that monitors player-activity on the platform, a total of 611,676 players were hunting each other in the early morning. This accounts for a new all-time peak for the game, surpassing Counter-Strike: Global Offensive and falling just behind Dota 2 during the period. This also extends the impressive record of the game as the third-highest peak player count in the history of Steam. The record for second-highest peak player count was held by Counter-Strike: Global Offensive last year when it had 850,485 players.

Earlier this month, PUBG made news by crossing 500,000 concurrent players. It took just over a week to add another 100,000 active players to that list. A couple of weeks back, PUBG officially had the highest player-count at peak on Steam for a non-Valve game.

PlayerUnknown’s Battlegrounds continues to grow in popularity and attract hordes of new players. It is only over four months into its early access program and has already sold more than six million copies on PC. The multiplayer online battle royale experience will eventually release on Xbox One later this year, with a possible PlayStation 4 release taking place later next year.