PSVR 2 Could Have Eye Tracking Triggers for Chat 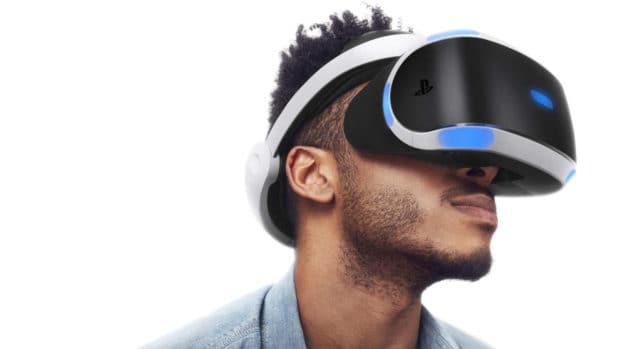 It has become obvious over the past months that Sony Interactive Entertainment plans are big with Playstation 5. That isn’t happening only because of the new system’s specifications or its evergrowing catalog of exclusives. The company seems to be extra interested in making Virtual Reality and Augmented Reality the standard in gaming and patents for the PSVR 2 prove it. A recent one confirms the use of eye-tracking to initiate a chat with other players in VR and AR environments.

The patent was filed back in June and it serves as a VR specific patent, most possibly for the PSVR 2. According to it, looking a player in the eyes while in a VR environment will initiate a chat session with them, if and when eye contact persists for a certain amount of time. As cringy as that sounds, it serves as the easiest way to avoid getting bombarded by in-game voice chats and start a conversation that comes close to reality. The patent description reads:

Player-to-player eye contact (300) is used to establish (308) a private chat channel in an augmented reality (AR) or virtual reality (VR) setting. Since maintaining eye contact requires agreement from both parties, it allows both players an equal amount of control when performing the mutual action. Eye-tracking may be used for determining (300) whether mutual eye contact has been established. In the case of AR, “inside out” eye tracking can be used, whereas in a VR setting only inside eye-tracking need be used. Techniques are described (e.g., 318) to confirm and establish a channel once eye contact has been held.

This isn’t the only new thing coming to PSVR though. More patents, including AR and VR elements, are being filed for features that include sound notifications, realistic in-game sound and more. Although we still don’t know for sure whether or not these patents are destined for PSVR 2, it only seems logical given rumors wanting Playstation 5 having a focus in AR and VR.

Rumors want Sony to announce Playstation 5 during CES 2020 next week. Given what we know about PSVR 2 and its potential capabilities, CES is a great stage to do so, since the show will have a heavy focus in AR and VR.