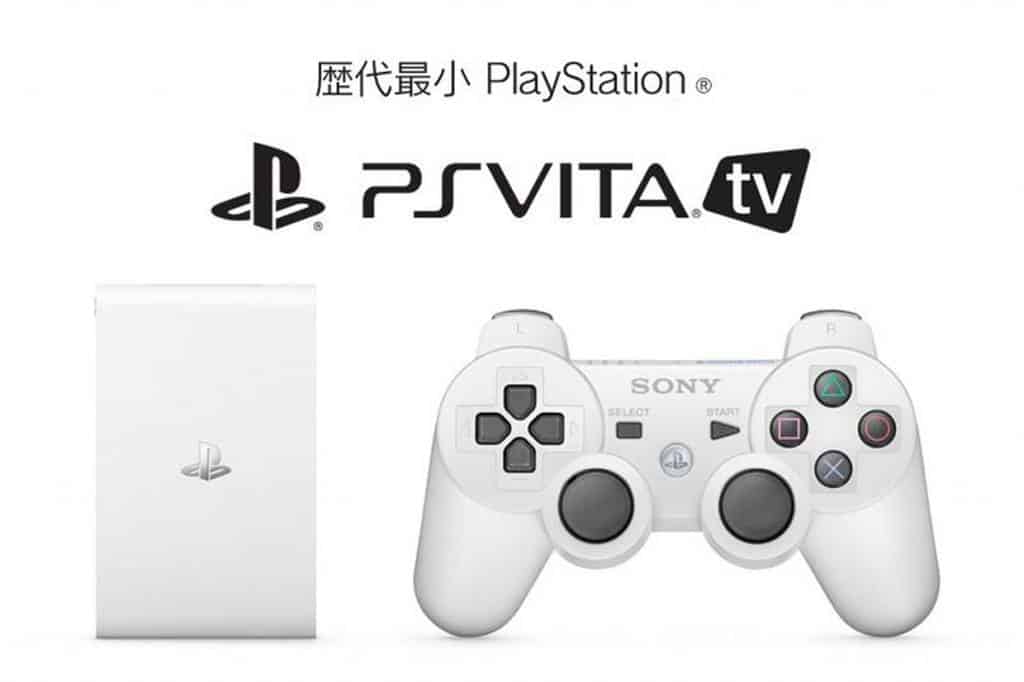 Today in Singapore, Sony Computer Entertainment Hong Kong announced that PS Vita TV will control the PS4 remote play as well as Dualshock 4 with the help of a software update that will be released sometime next month. Also, as you can see in the image below, the consumers in Singapore will also be able to get 50% discounts on the Vita TV till the end of June. 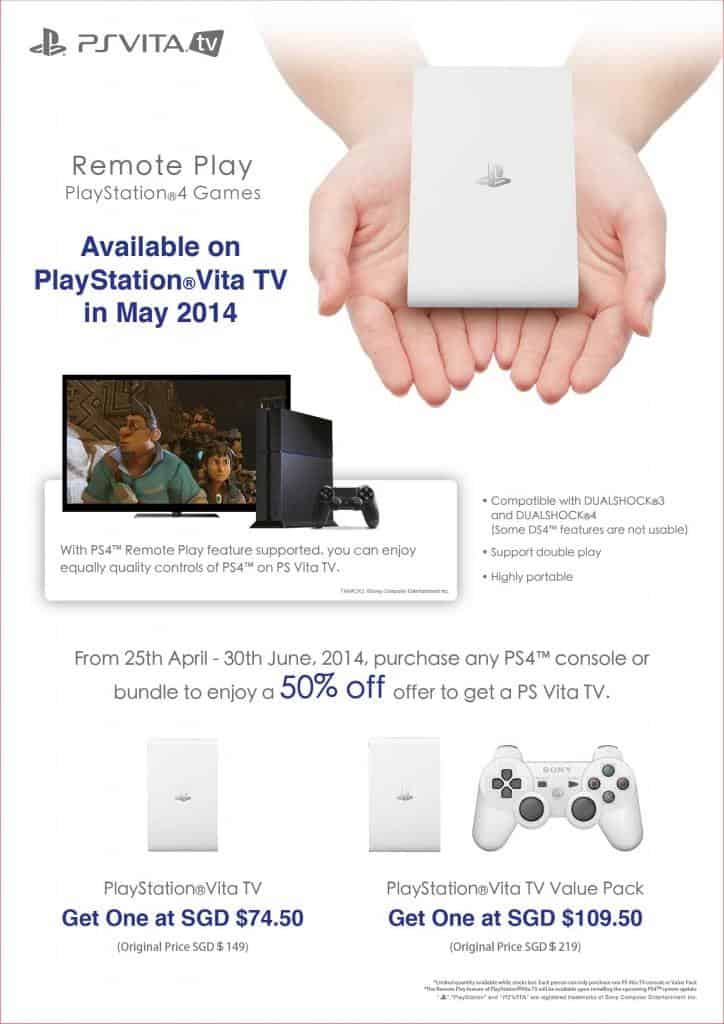 It is the newest and smallest entertainment system within the PlayStation® family has been available in Singapore market since 16th January, 2014. The recommended retail price (RRP) is SGD149. The “PS Vita TV Value Pack”, bundled with Wireless Controller (DUALSHOCK®3) was also released on the same day.

The Vita TV will include more than 600 titles from the previous handheld consoles (PSP, PS Vita) and PS One. Moreover, the remote play update will let you enjoy:

What are your thoughts on PS Vita TV and Remote Play feature?