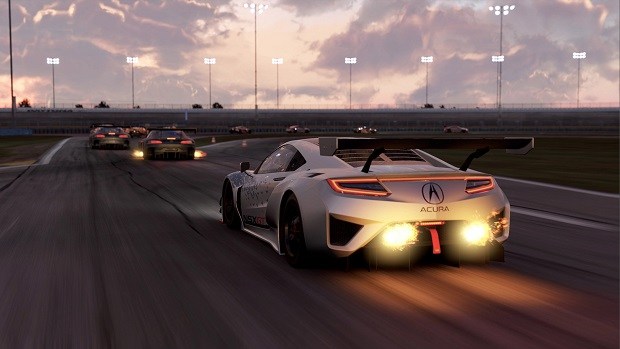 Cyrus Wesson, the Community Manager at Bandai Namco told fans during an interview with Fragments of Silicon, that if the fans want to see a Project CARS 2 Nintendo Switch Port they have to ask for it. Whether it’s on social media or the game’s official website, fans voices have to be heard according to Wesson for this to become true:

“I can’t speak to a potential Switch version just because I don’t have that information. What I can say is that if people really, really do want a Switch version – I know the Switch is extremely popular right now – let us know on our social channels on Bandai Namco Entertainment Facebook, Twitter, Instagram, let us know everywhere, and we will definitely let the devs know that’s an ask. And the devs are extremely, extremely receptive to everything that’s going on social media, and everything their fans say, so you can also just let them know on the Project Cars website, and they will definitely receive that information.”

Even if fans succeed to show the requested amount of interest to this matter though there is no guarantee that the Project CARS 2 Nintendo Switch Port will be possible by Slightly Mad Studios. Previously when working on Project CARS 2, the studio was supposedly working on a version of the game for the Nintendo Wii U and praised the console’s hardware. After that this version was canceled out of the blue, leaving Nintendo fans with a bitter taste for Slightly Mad Studios.

The whole thing really created a commotion since the game’s Creative Director, Andy Tudor used to say it runs perfectly on Nintendo Wii U since Ian Bell, the head of the studio stated that it “barely run” on the console after its cancellation. He even went as far as to say the developer team “really dislikes Nintendo users” when confronted by a user on NeoGAF which was later explained to be a joke.

Will this whole situation blow over for Nintendo fans if the Project CARS 2 Nintendo Switch Port become possible? Or is the situation between Slightly Mad Studios and Nintendo Fans so bad that their needs will never meet?