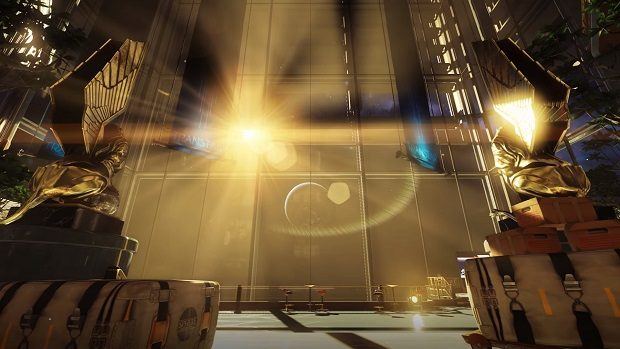 Did you know that Prey is coming out today? Well, if you didn’t know I certainly don’t blame you. Bethesda and Arkane didn’t market the game which to me suggests a lack of faith in the title. They are also not reluctant on giving out review copies to publications which is never a good sign. However, Prey is a decent game and marketing it more could have done some good for the title.

Prey is a complete re-imaging of the franchise which was evident from the very first time we saw the game. Arkane Studios proved their metal with Dishonored games which led Bethesda to put the team in charge of this franchise that was in development hell in 2011. Prey is similar to Dishonored in terms of beautiful visual and audio presentation but still different in a number of ways. The art is clean and feels somewhat inspired by the likes of Mirror’s Edge.  Compared to Dishonored, Prey is a much more ambitious title, especially in terms of storytelling.

I say that because offering a very cliche story but still managing to keep things interesting takes skill. John F Kennedy survived the assassination in 1963 which resulted in him finding the space programs and sending the human race into space much earlier. You are playing as Morgan Yu, currently onboard the research space station Talos-1.

John F Kennedy survived the assassination in 1963 which resulted in the president funding the space programs and sending the human race into space much earlier. You are playing as Morgan Yu, currently onboard the research space station, Talos-1.

Morgan wakes up with little to no memory of his past and a killer Alien race aboard the ship. The story boldly heads into strange directions which is admirable and works most of the time.  The game offers more than just a typical A to Z direction. You are free to explore this massive ship without worrying about the story. However, from the get-go, there are plenty of twists and turns in the story that makes you put exploration on hold and focus on the main missions, which in my books in a win for the developers. 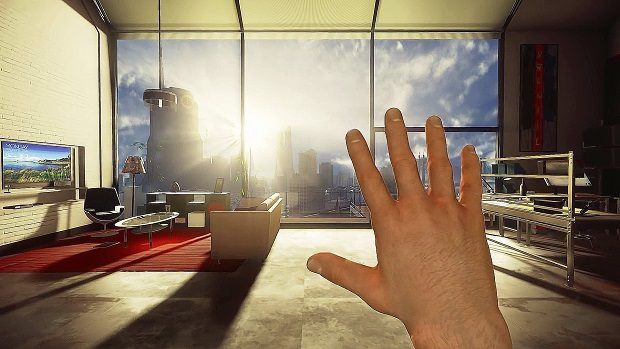 But even with a decent story, the game fails to elevate our interest in the lead character nor there is anything unique or memorable about the antagonist.  Prey draws inspiration from the likes of Dead Space, Bioshock, System Shock and others but it isn’t as refined as some of its peers.

Gameplay is pretty similar to these games as well; the player will have access to a variety of abilities, weapons, and powers that will help him encounter enemies and other tough situations. The most useful gun the game is GLOO Gun which allows you to freeze the mimic in one place so they don’t attack, easily allowing you to take them down. You will have other weapons in your inventory including melee weapons. A weapon wheel allows you to switch between weapons quickly. It is pretty basic, it is a shooter, but not on the same lines as COD or Battlefield. It is an action adventure with embedded shooter mechanics. Moreover, your abilities can be upgraded via

It is pretty basic, it is a shooter, but not on the same lines as COD or Battlefield. It is an action adventure with embedded shooter mechanics. Moreover, your abilities can be upgraded via neuromods pickups. You can also craft neuromods.

Some of the abilities allow you to hack computers for information while others allow higher jumps to reach ventilations shafts. With each playthrough, you can try customizing your character with different abilities. Using your abilities you face different variations for Typhon Aliens. Each has a somewhat similar design but behave differently.

Mimics are the most annoying type as they can take different shapes and hide in the environment, suddenly jumping on you from out of nowhere. Such encounters get repetitive over time and become more irritating than scary. The enemies become pestering rather than petrifying which often causes a major anger management issue for the player. AI manipulation is pretty much non-existent in this game, the AI is weak and from 2007. 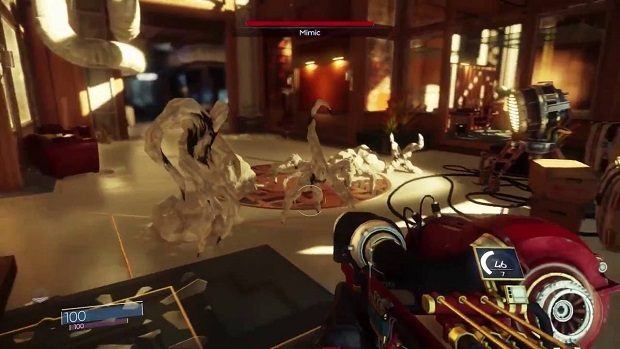 Combat can still be interesting but it depends on the type of character you are trying to build. Melee heavy attributes can offer a better experience.

How the story plays out depends on some of your choices throughout the game. This adds to the game’s value and gives a reason to jump back in to do things differently. Prey offers freedom to the player for tailoring each playthrough in terms of gameplay and story.

It is a hybrid of previous Bethesda games so it may fail to appeal to the audience outside of Bethesda’s fanbase. There is nothing new or unique about Prey, nothing that will push a non-believer toward Arkane. However, fans of Bethesda’s previous games (Dishonored, Fallout etc) will enjoy the experience.

The soundtrack of the title compliments that setting and is pretty enjoyable. It creates a tense atmosphere for the player, adding to the tension during some scary moments that are far and in between.

Prey is not a bad game but it is also not a special game that is worth spending $60 on day one. It is one of those games that you pick up on a sale a few months down the line.

Leaves me wanting for more and not in a good way.