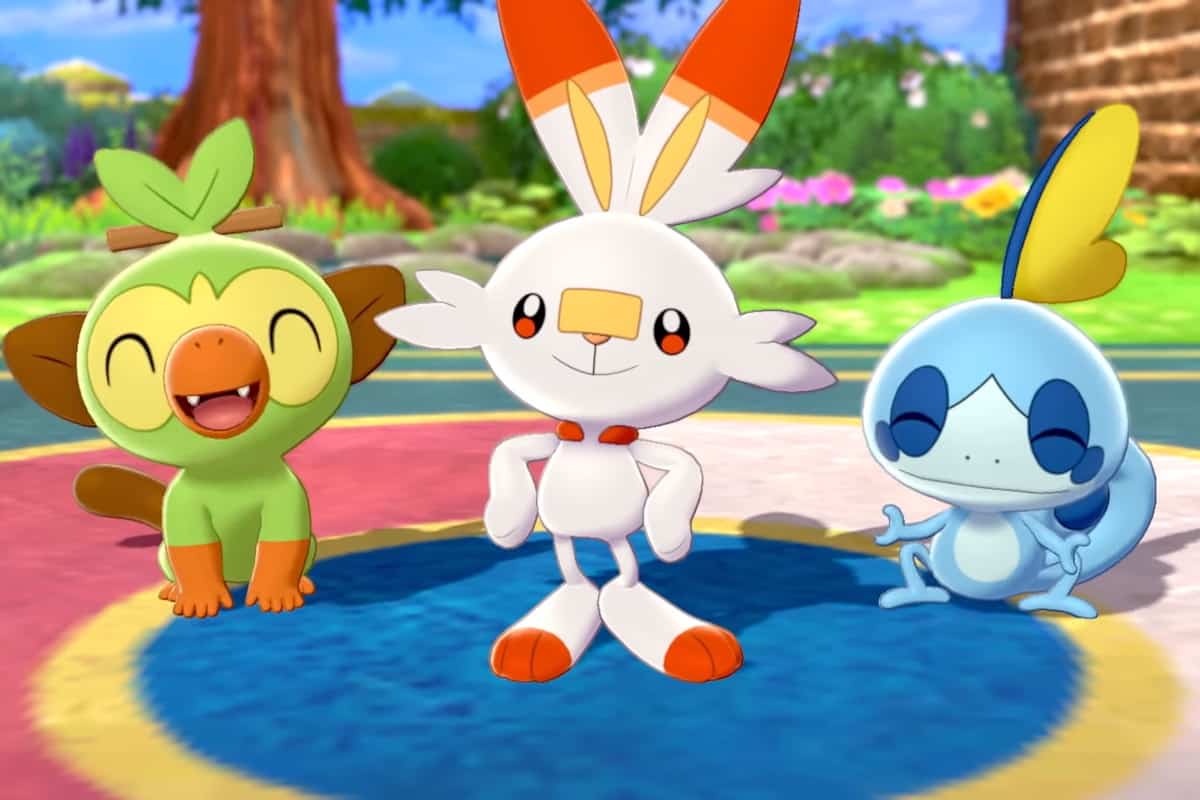 Remember that all the starter pokemon remain true to their type throughout all three evolution. Scorbunny will remain fire-type. Sobble will remain water type. Grookey will remain grass type. They will pick up different moves for all different types through the journey.

Choosing any of these starter pokemon will not have any special effect on the difficulty of the first three trainer gyms, which focus on Grass Type, Water Type and Fire Type, in the given order.

In short, Grookey can be more useful, as he is a grass type. Grookey will be strong against the water type in the second gym, and won’t take added damage in the first gym (which will be easier of course).

For pokemon Sword, Grookey can also be useful against the sixth gym leader Gordie, who uses a rock-type pokemon. (Sobble can also work fine against Gordie)

Scorbunny will have a general advantage over the later gym leaders throughout the game. For pokemon Shield players, the sixth gym leader Melony is an ice-type user so Scorbunny will be stronger.

Players should remember that the path to the first gym leader, Milo, is filled with diverse pokemon which can be easily caught. This will help you even out the field, even if your starter pokemon is weak.

For example, if you start with Sobble who is weak against the gym leader, you can find Woobat (physic-flying type) in Galar Mines before the gym.

Long story short, picking the “wrong” starter won’t dramatically impact the difficulty of Sword and Shield, so really, you should just opt for whichever one you like best.

Let us look at the Basic strengths and weaknesses of all the 3 starter pokemon.

Sobble is a shy, sad lizard, that turns invisible when it gets wet! It cries a lot but is actually pretty tough. Sobble can be acquired either at the start of the game, or by trading by another trainer.

Sobble evolves into Drizzle at level 16, then into Inteleon at level 35. It remains a pure water type even at final evolution.

Passive ability: Torrent-Powers up water type attacks by 50% when HP is below 1/3 of the maximum.

Hidden ability: Sniper-Powers up Critical hits by 225% from 150%

Strong Moves: When Sobble (or its evolutions) reach level 28, they learn a new move called “Liquidation”. This is the strongest move in their moveset. At level 36, another new move called “Rain Dance” is learned. This move enhances the power of Water-Type attacks.

At level 30, Drizzile learns a move called “U-turn.” This will be your primary move when going up against Grass-Type Pokemon.

To help your Sobble or its evolutions overcome their weaknesses, TMs such as Icy Wind, Icicle Spear, TM 27 and TM 51 will help you out a lot, especially when up against Grass-Type Pokemon.

For fighting Electric-Type Pokemon, TMs like Mud Shot and TM 53 are the way to go.

Grookey is a little green grass monkey with a little stick. Grookey can be acquired by only two ways, either by picking it as the starting pokemon or by trading it with another player.

Grookey evolves into Thwackey at level 16 ( a larger monkey with a larger stick!) and into Rillaboom at level 35 (a giant ape with a drum like donkey kong). It remains a pure grass type throughout.

Hidden Ability: Grass Surge- Turns the arena into a grassy field as the pokemon enters the arena.

Strong Moves: When Thwackey evolves into Rillaboom, it learns a new signature move called “Drum Beating”. This Grass-Type move comes with 80 Power and gives Rillaboom the ability to decrease the speed of its target.

Using TM’s is a great way to make Grookey overcome its weaknesses. If you want Grookey to perform well against Fire, Poison and Ice type Pokemon, try using TM’s like Bulldoze, TM53 or TM81.

Scorbunny is a speedy fire type rabbit. It likes to zoom around and likes sports. Scorbunny can be acquired by either selecting it as the starting pokemon or by trading it with another player.

Scorbunny is a fire type pokemon, strong against grass, ice, bug and steel type and weak against water rock and ground type pokemon.

Scorbunny evolves into Raboot at level 16 (a bunny with a red hoodie) and into Cinderace at level 35 (a larger rabbit with red shorts and a soccer player vibe). It remains a pure fire type throughout.

Hidden Ability: Libero- Change the pokemon type to the type of attack it’s about to use.

One downside of Cinderace is that it is unable to learn too many moves. This will make it quite difficult for it to perform well against its counters.

But this problem can be solved to an extent using TMs. When up against Rock-Type Pokemon, you can use TM 75. It’ll also automatically learn Double Kick when it reaches level 12 (as a Scorbunny).

And when you’re up against Water-Type Pokemon, use TR80 and Electro Ball to even the playing field