How To Catch Veluza In Pokemon Scarlet And Violet 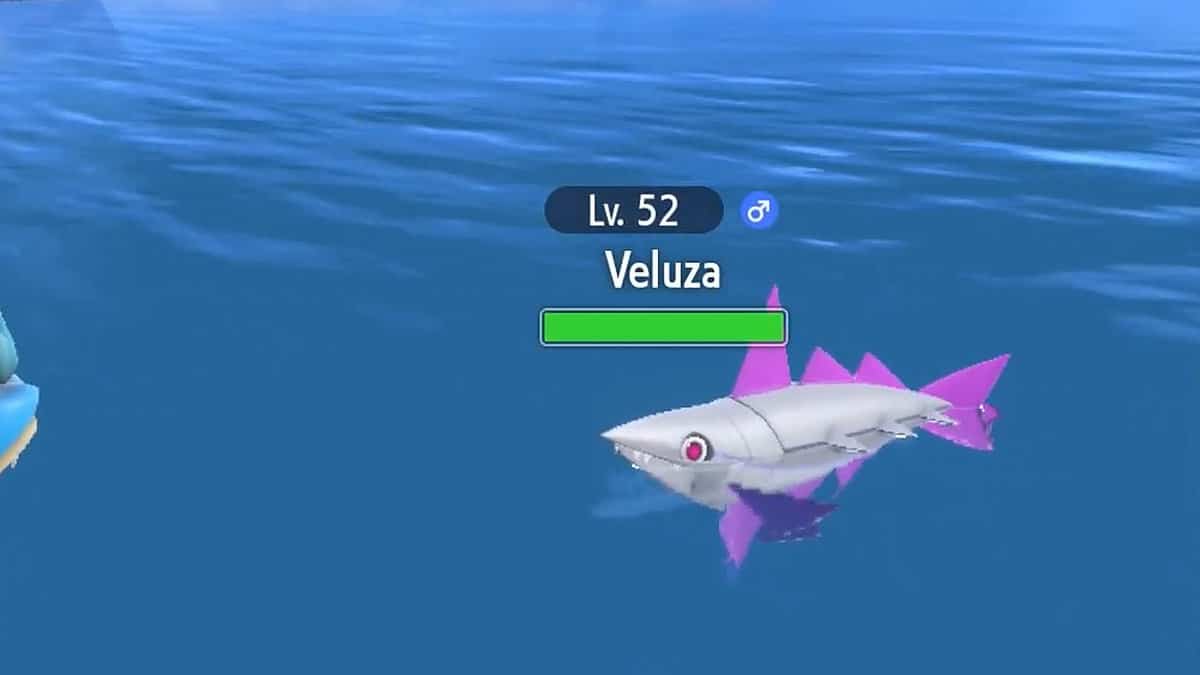 Veluza is one of the many surprise entries in Pokemon Scarlet and Violet. It is a versatile Pokemon that has an above-average overall stat. Another part about this Pokemon is that it doesn’t evolve from its base form.

Finding it can be quite challenging but with the right instructions, you can catch this Pokemon with ease.

The following guide will tell you exactly where Veluza is located in Pokemon SV.

Veluza is a Water/Psychic type Pokemon in Pokemon Scarlet and Violet. Being a large marine creature, Veluza is generally found in the large open sea area of the map.

However, despite that, its spawn location is quite rare since there is a 30% chance Veluza can be found swimming in a Lake while there is a 20% chance of it getting spotted in an Ocean.

The first location where you can encounter this Pokemon is at Casseroya Lake. Head over to the eastern part of the Casseroya Lake near a small Island to find Veluza swimming straight at you for a battle.

Another area of the map where Veluza can be found in Pokemon Scarlet and Violet is the West Paldean Sea. This place is home to several Water Type Pokemon, you might catch a few out of the bloom when finding Veluza.

When finding this Pokemon, make sure to visit its locations at night since there is a higher possibility that you might come across Veluza randomly swimming in the open.

Once you do come across Veluza, throw your Poke Ball at it to catch it, adding another Pokemon to your collection.

Veluza is not only a Water Type Pokemon but also has Physic abilities. When it discards unwanted flesh, it increases its Psychic powers.

Below we have listed the stats possessed by Veluza in Pokemon Scarlet and Violet.