Where To Find Sun Stone In Pokemon Scarlet And Violet 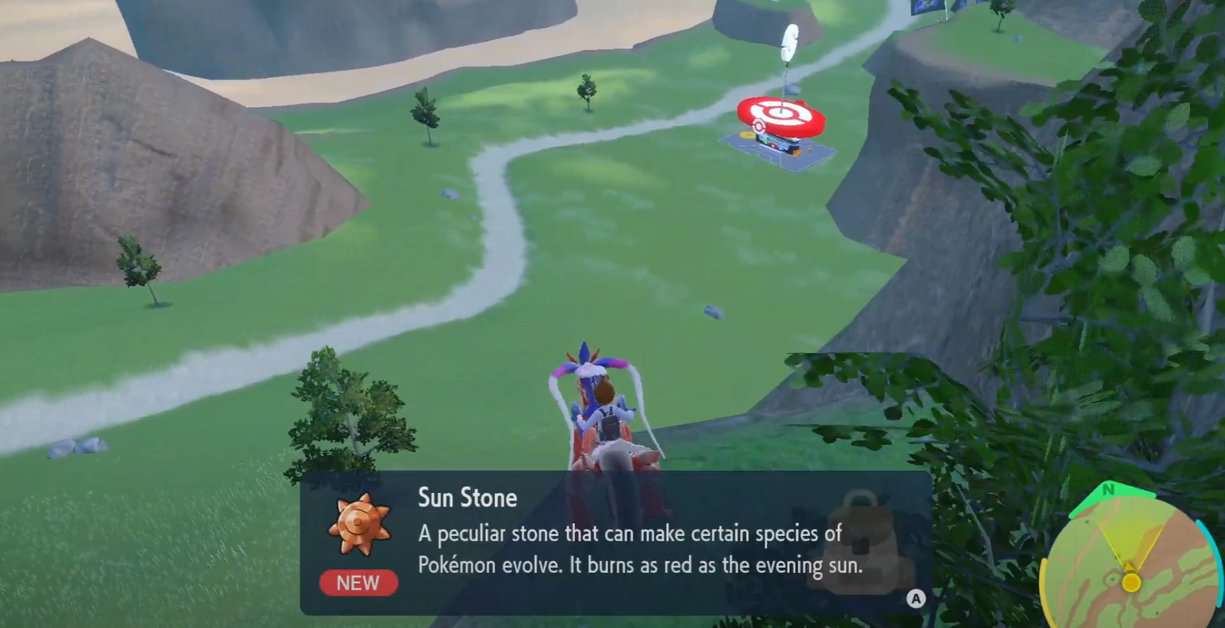 Sun Stone is one of the evolutionary stones required by certain Pokemon species in Pokemon SV. Essentially, Sunkern and Petilil evolved into Sunflora and Lilligant, respectively, using the Sun Stone in Pokemon Scarlet and Violet.

The Sun Stone appears to be a unique stone since it burns as red as the setting Sun. In this guide, we will discuss all the locations where players can find Sun Stone in Pokemon Scarlet and Violet.

In Pokemon Scarlet and Violet, the location of the Sun Stone is dynamic and changes constantly. Unlike certain other stones like Thunder, you can’t buy Sun Stone from Delibird Presents either.

Here is the detail about all the locations where players can find Sun Stone as it can’t be purchased.

Go to the location show on the map above in West Province (Area One) and you should see a narrow path between two hills. At the end of this path will be the Sun Stone at the edge of the hill, overlooking a Pokemon Center on the road.

Sun Stone can be earned as a reward after defeating Sunflora in the Artazon Gym Test. To begin with, you must locate each of the ten Sunfloras in the vicinity.

Go back to the climbing wall in the jungle gym. The fifth one will be there. Then turn back toward the field where you started, where three additional players will be waiting to increase our total to eight.

Once you get them all, turn around and look on the left side of the structure, outside the gate, where you will see one. The tenth one is behind the store with the red and black banner if you continue along the trail around it.

Return to the Sunflora lawn when you have located all ten of them. The Sunflora will enter after a cutscene plays and the green color turns to black. You will now have passed the Artazon Gym Test.

Once the test is passed, Sun Stones will be automatically added to your inventory as a reward.

Sun Stone is available in the auction house in Area 2 of West Province. Only after fighting the Open Sky Titan in Area One may players arrive at this location. By defeating it, players will gain access to new powers, including the ability to swim, which they can use to get to Area 2.