How To Catch Goodra In Pokemon Scarlet And Violet 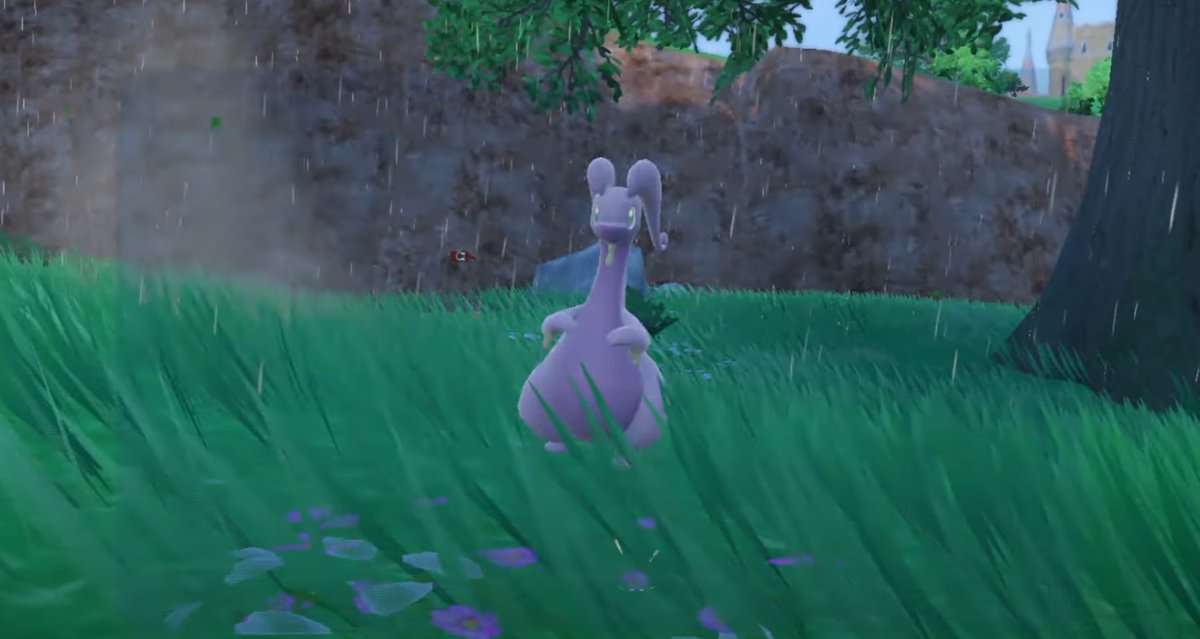 Another Pseudo Legendary Pokemon available in Pokemon SV is Goodra. This Pokemon is a dragon-type Pokemon, whose base stats round up to a total of 600. These stats allow the Pseudo-Legendary Pokemon to become far more powerful than the non-legendary Pokemon, making them extremely overpowered.

Let’s take a look at the Pseudo-Legendary Goodra’s stats and where you can get your hands on this overpowered Pokemon in Pokemon SV!

Since Goodra is a Pseudo-Legendary Pokemon in Pokemon SV, you never find one in the wild. To get a Goodra you need to evolve it through one of the two of its lower evolution form, Goomy or Sliggoo.

Goomy is the base-level evolution that you’ll come across, which will eventually evolve into Goodra. To find Goomy you need to explore the river near the West Province (between area 2 and 3).

Here, you’ll come across the Pokemon, which will prompt a battle. Upon defeat, you’ll have successfully captured Goomy, which might surprisingly be at level 50.

The first evolution is relatively simple since it only requires the player to level up Goomy to level 40, which will automatically trigger its evolution into Sliggoo.

Added to that, if the Goomy you captured was at a level higher than 40, then you’ll only be required to level it up once to trigger the evolution.

If you don’t want to evolve a Goomy into a Sliggoo, you can get a Sliggoo directly. Sliggoos are commonly found around Swamps and Lakes in Pokemon SV. The best place to check is around Casseroya Lake and Cascarrafa Lake in order to catch a Sliggoo in Scarlet and Violet.

How to evolve Sliggoo to Goodra

The final evolution is not as simple as the second evolution since it requires a few special conditions that are required to be fulfilled. Sliggoo will evolve into Goodra once it reaches level 50, however, the evolution will only be triggered if Sliggoo is in the rain or fog.

Fulfilling this condition could be somewhat frustrating since the player cannot control the weather conditions of the game, therefore, waiting for the required weather to be triggered is the right option.

It is to be noted that Goodra is an evolution-exclusive Pokemon, which means that it can be only obtained through evolution under specific conditions. Meet the conditions and Sliggoo will evolve into Goodra in Pokemon Scarlet and Violet with the following base stats