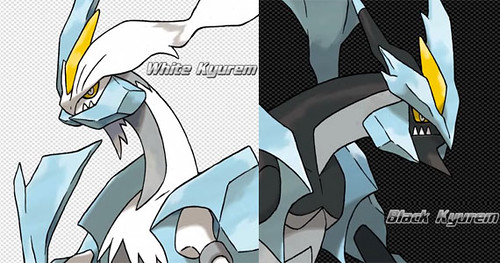 If you have landed on this page, then most probably, you are looking forward to getting along with Pokemon Black and White 2. The game takes some features from its predecessor but with a whole new story line and with some new additions, the game seems more exciting than its previous version. The gist of the game lies in exploring the world and finding different Pokemon Creatures and use them for battles.

How to Find and Collect Pokemon

You want battles, right? For that, you need Pokemon and to have Pokemon; you need to search them first. There are different ways in the game to do that i.e. you can either visit cities and towns, the routes or the wilderness areas. Cities and Towns have only few trainer battles, but there are places like Pokemon gyms where you can buy and sell items or heal your Pokemon.

Routes link the cities and in these areas, you can find plenty of Pokemon ready to fight. You can move through the grass patches to find some wild Pokemon. The wilderness area is usually the outskirt portion of cities and towns. These areas have the wild trainers and some unique creatures with some interesting plots.

While exploring these areas, you can also talk to different people for some hints or even surprises. While you can collect as many Pokemon as you can but at a time, you can carry only six of them with you for the battle. Have a bigger party so that your selection task becomes easy. That’s actually the most fun part of the game. You can collect the Pokemon when they are about to faint after the battle by throwing Poke balls at them.

During your exploratory adventure in the Pokemon world, you can also choose to battle with the Pokemon of other players. The Pokemon can either be wild typed or the trained one. The trained Pokemon is usually better than the wild creature. Each player sends one creature at the start (in case of wild Pokemon, the battle can be against multiple opponents) for fight.

The moves you select are either active (inflict direct damage) or passive (can have positive effect on the fighting Pokemon or even reduce the effects of the opponent). In short, you are the master behind the show pulling the strings, execute it right, and you will be victorious.

If the losing Pokemon is a wild type, it will faint away at the end of the battle and won’t be able to call any other member of the party. However, if the Pokemon is raised by a trainer, it will be able to call out the next member of the party, and the fight will continue. This way, the fight will continue until all the members of either player have been defeated.

Since the battle will be turn-based, you will have to understand the significance of each turn. Alternatively, you can make use of the items (if you use items, you won’t be able to perform moves in that turn) to surprise the opponent. You can also choose to switch opponents during the battle, but that will cost you a turn. Use it cautiously only when you feel that the opponent is much stronger than the current one.

You can also choose to run away from the battle during the wild battles. However, if you get caught, you will lose a turn, and opponent can perform a move immediately.

The type of Pokemon being used is also very important. For example, if you are using a Poison type against a steel type than your Pokemon won’t be able do any harm to the opponent with its moves. In the similar way, the water, fire and grass types, etc. have their own strengths and weaknesses. A single Pokemon cannot be invincible against all types.

Then there are Status Ailments that can have been various hindering effects on the opponent. The effects of these moves can be cured by healing using some items or healing.

Burn – The opponent receives fire damage at the end of each turn in which any fire-type move has been used.

Freeze – The rival Pokemon is frozen which can even result in lose of turn. The effect can be caused by using some icy moves.

Paralysis – The ailment has the similar effect as Freeze but you will have to use electric type moves to activate the effect.

Poison – By using some poison type moves, the opponent Pokemon will receive some extra damage at the end of every turn.

Sleep – The Pokemon can’t perform any move during the effect of this Ailment. The selected moves will immediately be performed after the Pokemon is awaken.

Well, that should be it to get you started. If you have something to add up, share with us in the comments below.