How to Defeat Gym Leader Gardenia in Pokemon BDSP 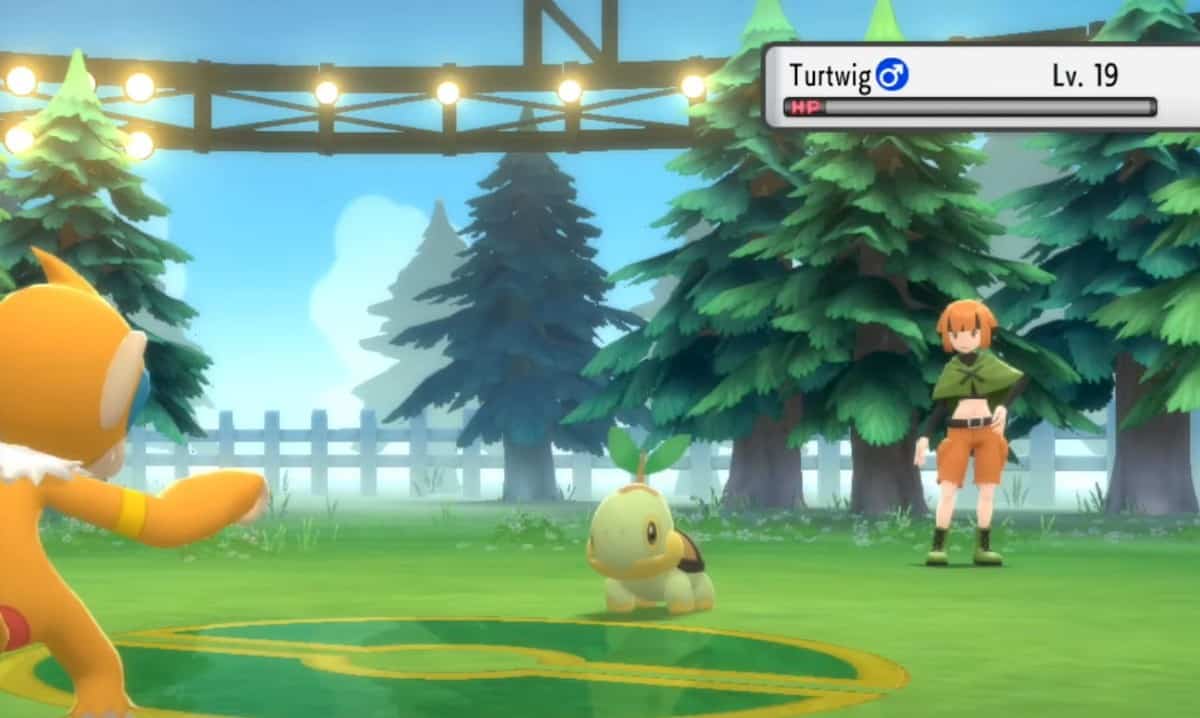 In Pokemon Shining Brilliant Diamond and Shining Pearl, there’s a formidable line-up of Gym Leaders. In this guide, we will be showing you how to Defeat Gym Leader Gardenia in Pokemon BDSP.

How to Defeat Gym Leader Gardenia in Pokemon BDSP

Gardenia is one of the Gym Leaders in Pokemon whose party consists of Grass-type Pokemon. You will find Gardenia’s gym in Eterna City and she will be the 2nd Gym Leader you face in Brilliant Diamond and Shining Pearl.

There are certain important things about Gardenia, like her weaknesses and location, that will help you defeat her. Defeating this Gym Leader will reward you with the Forest Badge.

Considering Gardenia is primarily a grass-type Pokemon trainer, make sure you have a strong fire-type Pokemon in your party before attempting to take on the Eterna City gym in Pokemon BDSP.

First of all, go to Eterna City, and you’ll find a gym located beneath the Pokemart. Once you are inside, you will find Gardenia there. You will have to defeat four trainers before you can finally face her.

You’ll find the first trainer towards your northwest in a dead-end. Look behind the tree, and you’ll be able to locate the trainer. 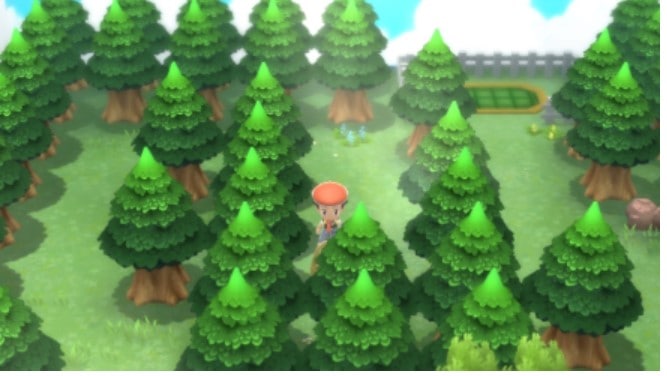 Towards your southwest, you’ll find the second trainer in a dead-end path, behind a tree. 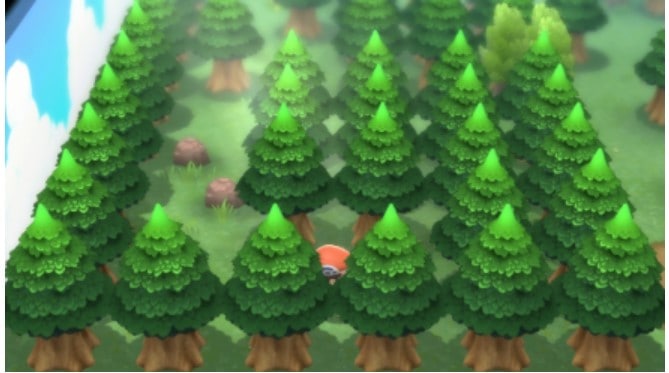 Behind three small trees in the middle of the gym, you’ll find the third trainer. 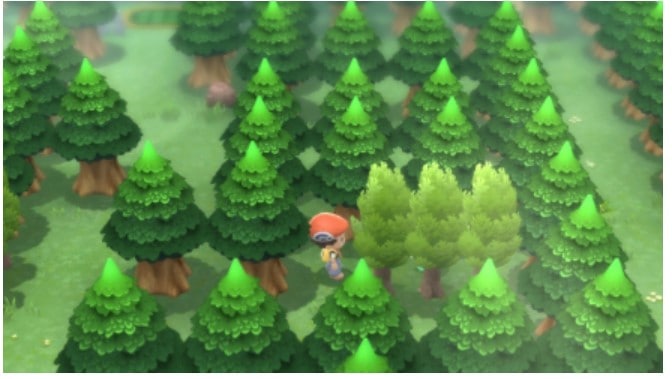 You’ll find the fourth trainer towards the north. Go to the back of your room and then turn right. 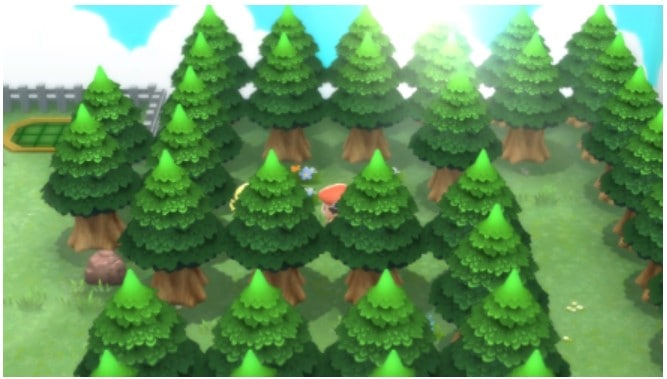 Now you can head to the middle part of the gym to find Gardenia there. The only Pokemon you should prepare against is Gardenia’s Roserade.

Expect a bunch of annoying status effects during the battle like Stun Spore or Poison Sting.

You could beat them through it but it’s best that you prepare against these with Antidotes or Paralyze Heals. Buying 6 would be enough but it is even better if you gather Cheri and Pecha berries during your journey.

Below are mentioned the Pokemon that Gardenia will be using in the first battle.

Below are the Pokemon that Gardenia uses for the second time you face her.

Which Pokemon are best against Gardenia? Let’s go through a bunch of options that will prove to be a good counter against her team of Grass and Poison-type Pokemon:

Monferno is the best Pokemon to have against Gardenia. At this point, you may have evolved your Chimchar which is recommended.

Due to Power-Up Punch, you can increase your Attack stat from the start against Cherubi. This makes it easier for you to get that one hit KO or half HPs against Turtwig and eventually Roserade with a Flame Wheel.

Prioritize speed against the Roserade so that you can deliver a swift Wing Attack or any flying type move before it could poison your Pokemon.

Bug-type Pokemon is a great counter against Grass-type Pokemon! At level 10 you can easily evolve your Kricketot to a Kricketune. It also learns moves like Fury Cutter or Bug bite that can be useful against Gardenia’s Roserade.

You can catch a Kricketot at Route 202.

It’s strange to have a Psychic-type on your team already and a weak one at that but once it evolves at level 16, Kadabra will be the best counter against a Poison-type Roserade.

It may be useless at first but it learns abilities like Light Screen, Confusion and most importantly Psycho Cut at level 20 which is enough to stab at her Pokemon.

It also learns supportive moves like Reflect, Light Sreen and Sunny day early on which can prove to be beneficial for you and your team if used correctly.

How to Beat Gardenia in Pokemon BDSP

Gardenia’s team won’t stand a chance if players attack with fire or flying-type skills. Chimchar and Staravia’s will be able to take them out in one or two hits (depending on level).

Gardenia’s usage of Super Potions is the only thing to be aware of. She has two of them and isn’t hesitant to use them, but they’re more likely to prolong the battle than to change the outcome.

After you’ve finally defeated Gardenia, you’ll be rewarded with the much-needed HM Cut that grants you the ability to get to locations you couldn’t formerly by slicing through trees that are standing in your way.

You’ll also receive multiple TM86 which can teach your Grass Pokemon the move Knot that dishes out grass-type damage depending on the weight of the Pokemon (More the weight, more the damage).

With Gardenia’s gym badge by your side, you’ll be able to command Pokemon up to level 30, regardless of the fact that you got them from trade or not.