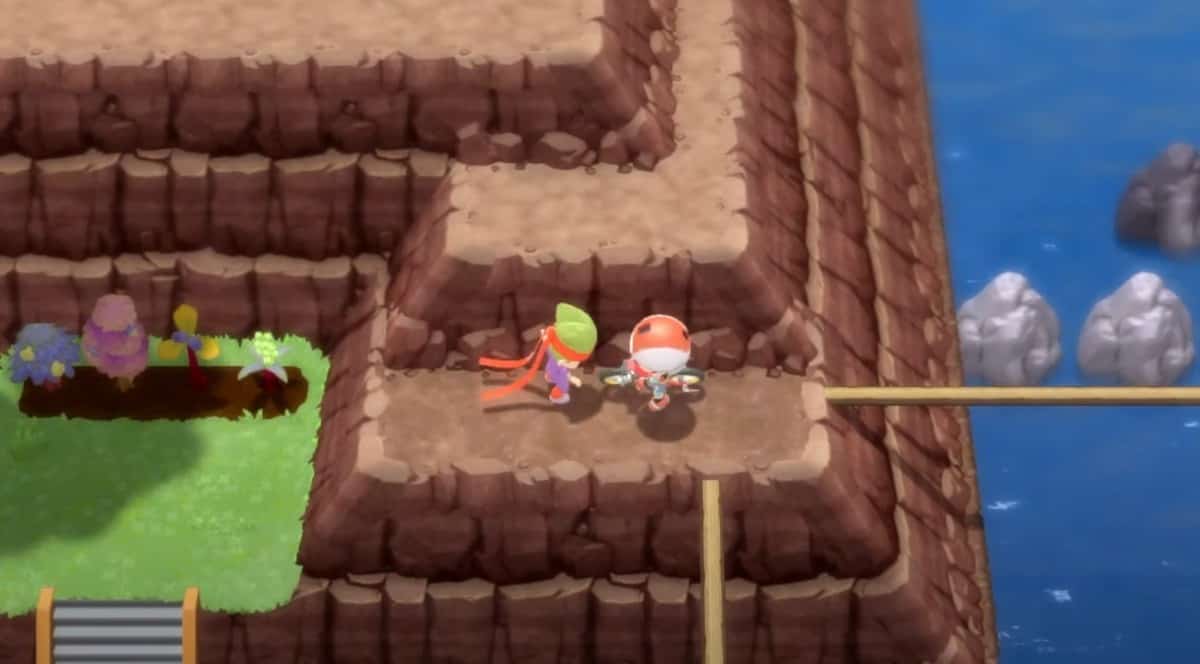 Just catching the strongest Pokemon isn’t enough to become a professional Pokemon trainer. You also need to create a well-balanced team that complements each other’s strengths and weaknesses. To aid you in that, we have prepared this guide to lead you to create the best competitive team in Pokemon BDSP and give you tips on how to use the Team Builder tool.

Building a powerful team is the most important aspect of any Pokemon game. Pokemon BDSP has a very impressive catalog of Pokemon for players to choose from when they’re building their own team.

But building the best team possible can get a little confusing as there are so many factors to consider, like type diversity, unique styles, multi-type Pokemon, etc.

The general rule of thumb is to make your team as diverse as you can when it comes to their types in Pokemon Brilliant Diamond and Shining Pearl. But since there are so many Pokemon to choose from, building the best team possible is still a very difficult task.

So to make life easier for you, we’ve picked out the six best Pokemon in Pokemon BDSP to create the best team for competitions.

Our first pick is easily one of the most powerful Pokemon in the entire Sinnoh region. What makes Garchomp, so incredibly powerful is its unique type combination, which is Dragon and Ground.

This type of combination makes Garchomp super effective against Fire, Poison, and Rock types and completely immune to Electric types.

Garchomp also has a number of crazy strong moves it can learn through TMs, like Earthquake, Swords Dance and Dragon Claw, etc.

So if you’re looking to pick out a Pokemon for your team that has insane damage output, there is no better choice than Garchomp.

Staraptor is a very special Pokemon. It’s one of the very few Normal/Flying types that can actually deal damage against Steel types due to its Close Combat attack.

This makes Staraptor a great option for a Normal and/or Flying-type as it can still deal damage to Steel types, despite it being weak against that type.

Another great move Staraptor has is Brave Bird. This move deals significant damage and makes Staraptor a surprisingly hard-hitting Pokemon. And as a cherry on top, Staraptor also has the Intimidate ability, which makes it a great selection for a lead Pokemon, as it’ll decrease the attack damage of opponents when you start a battle with it.

Another great thing about Staraptor is that it’s very easy to obtain. You can find a Starly on the very first route, which can then evolve into Staraptor at only level 34.

Gyarados is another Pokemon that has an amazing type combination. This Water and Flying-type combination will give you the upper edge in a lot of battles in Pokemon BDSP.

As you level up your Gyarados up, it’ll learn some extremely powerful Water-type attacks. Attacks like Waterfall and Aqua tail are some of the most powerful attacks in the game.

Another noteworthy thing about Gyarados is how easy it is to get one. All you need to do is fish out a Magikarp from any pool of water and level it up to level 20 to evolve it into a Gyarados.

This makes Gyarados arguably the most obvious choice for a Water-type for any team.

When it comes to Grass types, there is no Pokemon that comes close to Roserade. Roserade is an extremely well-balanced Pokemon, excelling in both offense and defense.

Not only does it have moves that inflict great damage, like Sludge Bomb and Shadow Ball, its moves also offer amazing utility, like paralyzing the opponent.

Roserade has an ability called “Natural Cure,” which removes all negative status effects from it when you switch to another Pokemon. This significantly increases the defense of Roserade by allowing it to survive for much longer.

The only downside to Roserade is the process of obtaining it. To get a Roserade, you need to first evolve a Budew to a Roselia through happiness, then evolve the Roselia into Roserade through a Shiny Stone. But the utility Roserade offers is more than worth grinding through its evolution process.

Toxicroak may seem like an odd choice, but it makes total sense when you consider the addition of Fairy types in Pokemon BDSP. Toxicroak is one of the few Fighting-types of coverage that can actually help you out against these Fairy types.

It also has a very impressive offensive stat line, coupled with great attacks that it can learn like Dark Pulse and Rock Tomb. Plus, its abilities provide some super useful utility.

Obtaining a Toxicroak is a very simple process. All you need to do is level up a Croagunk to level 37, and you’ll get yourself a Toxicroak.

Our final pick for this list is none other than Clefable. Clefabe has always been one of the most powerful Pokemon in the franchise, but Pokemon BDSP takes this Pokemon to another level.

This is due to the fact that in Pokemon BDSP, Clefable is now a Fairy-type instead of a Normal-type.

This makes Clefable incredibly overpowered due to the insane utility it has. This Pokemon can work with any team in any situation, making Clefable arguably the best Pokemon in the entire game.

Here, we’ve listed the best Pokemon in Pokemon BDSP according to their elemental type. This should help you grab and train the best one according to your need.

One of the tools that you can use to build the ultimate team of your own is by using the Pokemon BDSP Team Planner Tool. You can get access to this tool by going to this website.

The website allows you to look through all of the Pokemon available in the game and choose any six of the Pokemon that you like to have in your team.

After choosing the Pokemon that you want, click on Show Team Analysis to view stats like their Weaknesses, Resistances, Coverage, and Immunities against other types.

You can also click on Randomize Team to choose six random Pokemon and view their stats. To narrow down your search for Pokemon, you can also choose from many search options or even look for the desired Pokemon by its name.