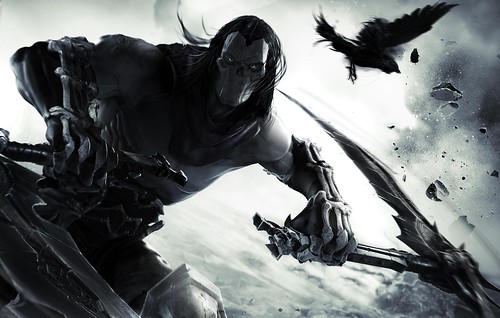 If you have played Darksiders and intend to play its sequel, you are in for an early boost as Darksiders 2 will reward those who have played its predecessor with bonus gear, publisher THQ has announced.

To qualify for the bonus gear you are not required to have finished the game. Just having played the first game will entitle you to the level five legendary armor piece called Pauldron of the Horsemen that boosts all of Death’s stats and critical damage in Darksiders 2.

Those who have completed the original game will get the Chaos Fang, a stylish scythe that increases Death’s damage.

Darksiders 2 is due later this month for PC, Xbox 360, Wii U and Playstation 3 both on disc and as a full digital download.