Phil Spencer’s Credibility Within the Company Was at Risk, Scalebound Had to Go 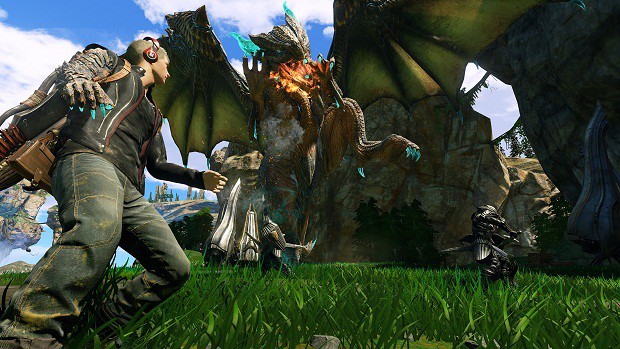 In an interview with The Inner Circle, the father of Xbox Seamus Blackley talked about how disappointed he is to hear about the cancellation of Scalebound.

He admitted that Scalebound was near to his heart and he thinks that its cancellation was brutal, this can be seen from his funny fanboy remarks.

I can close my eyes and see how Scalebound will play right now and I don’t want to let go of that.

When Phil says Scalebound is canceled, I hate him!

He also explained that if Scalebound was going to fail then Phil’s reliability in the company was going down, for this reason, he went with Phil Spencer’s decision.

This tarnished reputation would be a big hurdle for Phil spencer, as he would lose support on any other projects he had been discussing with the executives. Phil Spencer is currently discussing a new concept like Cuphead with Microsoft executives.

Blackley said that Phil is trying not to get in trouble with Microsoft executives, even as the boss of Xbox Phil still needs to gain the support of the executives in order to create and fund games.

This interview was an eye opener for the fans, this shows that it is not easy being the head. This big job brings a lot of burdens and is no walk in the park as many would assume. Cancellation of games like Scalebound is a hard decision that is made for the welfare of the company.

After knowing all this may be we will show more appreciation towards Phil Spencer, seeing how hard he has to deal with the executives, in order to gain support for the games that we enjoy.